When our rocket STR-03 “Black Bird” left the ramp it was already doomed to go on a ballistic trajectory and hit the ground at about 150m/s (540km/h). back then we didn’t know, but 18 seconds later when recovery-ejection was triggered and the dedicated servo tried to open the ball-valve (to release pressure from a CO2-capsule into the parachute-compartment) it stuck. Telemetry showed that the motor was not able to turn the valve open. therefore no Co2 from the Capsule into the parachute-compartment, no pressure to separate the nosecone-section, no drogue, later on no parachute and BANG.

How could that be? We tested the separation-valve several times and were pretty confident in our new ejection-mechanism. However during construction we detected an issue, that the ball-valve was a lot harder to open when it was under pressure(approx. 58 Bar) for more than an hour (somehow the valve-ball got pressed into the Teflon seat). We decided to use a servo with significantly more torque (120Ncm instead of 31Ncm) and after that the valve opened reliable any time.

Rather “last minute” we exchanged the servos original circuit-board against a board based on OpenServo V2 from Sparkfun (which had the advantage to feed back actual position and speed – something that ordinary servos cannot). We tested the ejection-mechanism after that and it worked fine, but we did not do the long-time-under-pressure test…

What we did not find out was, that the pimped servo for some reasons had less torque than with its original circuit-board; the degradation in torque was not noticeable at standard conditions, but it “ate” our margin to be able to open the valve after more than an hour under pressure. And the time from pre-launch-assembly to actual launch was more than that.

We tried to estimate the crash-site-location from the received gps-points, but sadly the search area was quite large and a rough terrain. Search time was very limited too, as it was not allowed to be around during launches. After all, there is still hope that somebody might find our rocket or parts of it later on and identify it from one of the stickers…

It was a “hard lesson to be learned” and it is really bad to loose a vehicle at maiden flight. At the other hand about two thirds of our effort went into making the tools for STR-03. The next version – STR-03A – will be significantly improved and easier and faster built than its predecessor. Last but not least STR-03 in fact accomplished its mission: We received most of the desired data via telemetry. Analysis is still ongoing and results will be presented later on. 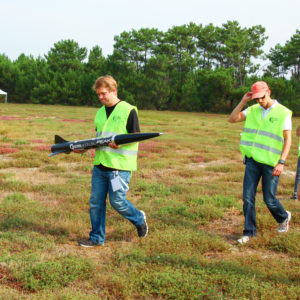 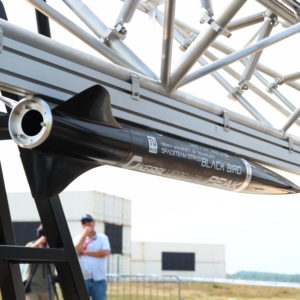 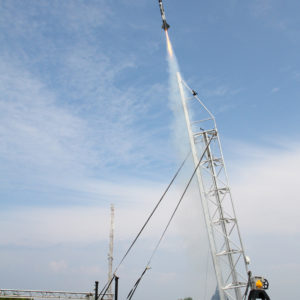 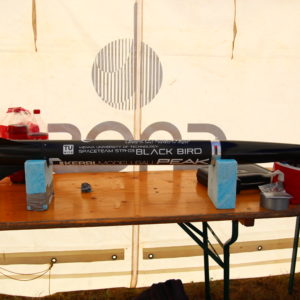