The austrian company PeakTechnolgy sponsored us with the opportunity and the materials to use their autoclave and pre-pregs. We also had the fortune of being supported by another company KerblModellbau, who did the milling for us and also provided us with the mould-material.

The fancy shape of our STR-03-Fincan is therefore rather a “because we can” than the result of careful simulation and wind-tunnel testing 😉 We wanted to integrate features that we read about, in papers about fins in particular and aerodynamics in general. After some discussion in the team we agreed upon a concorde-delta-wing-like planform:

The fins profile is defined by a series of LD-Haack graphs (blue curves in the picture) starting from the fins edge to a specific point at the centerline (the line of highest swelling; red curve in the picture). The centerline itself is the projection of the weighted mean between planforms front-line and the back-line onto another parable defining the fins thickness from about 10mm at the root to a sharp end at the tip.

After smoothing of the edges and rounding the passage between fin and shaft the a third of the outer composite-layer of our Fincan looks like this:

The negative-mould therefore is made of three parts. They are joined by nine aligning pins and are made from LAB973. 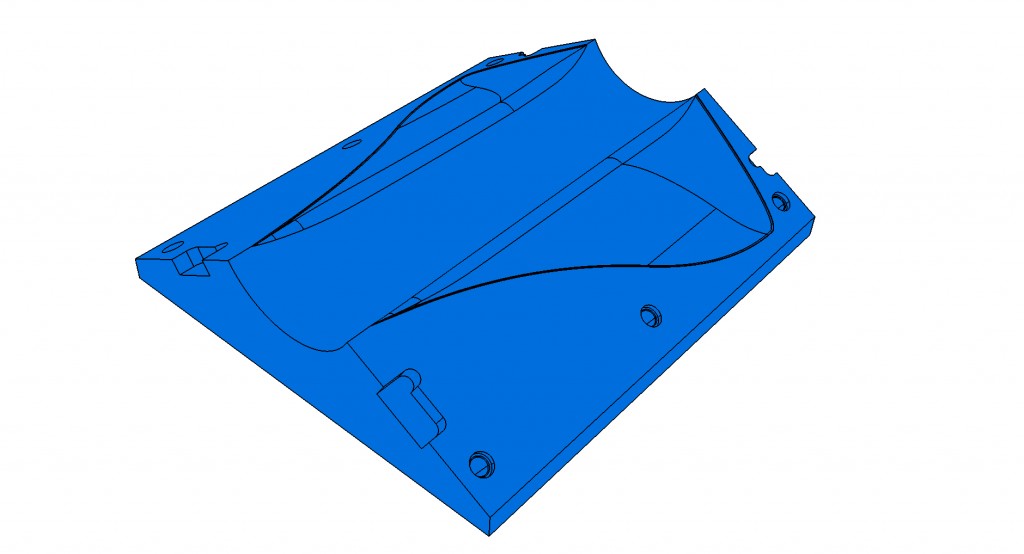 When we got the milled moulds, we spent about a day and a halve sanding, sealing, polishing and at last applying the release-agent: 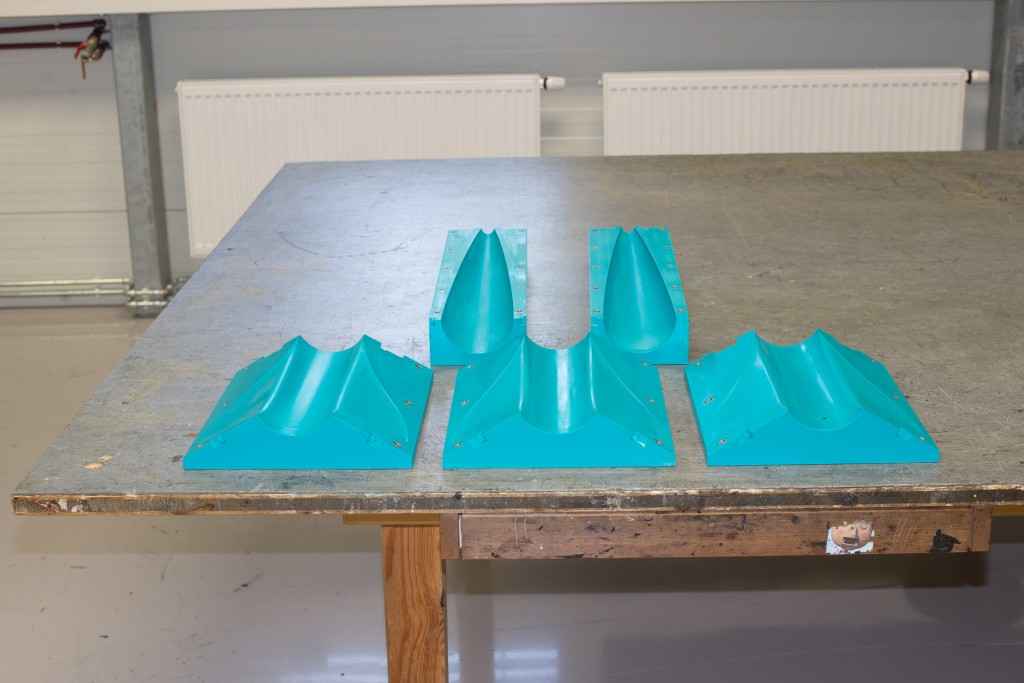 With the moulds ready for lay-up, we started with the first layer of 45°/45°-carbon-cloth-prepreg; compacting it into the mould with a vacuun-bag and trimming the ends with a scalpel. 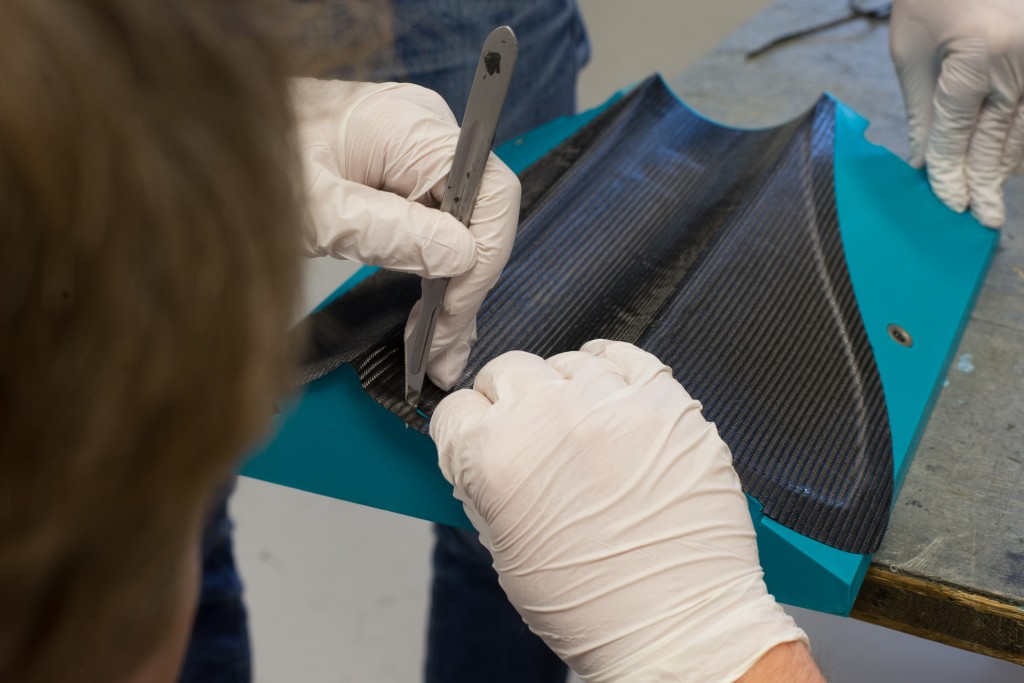 The surface-layer was followed by two layers of unidirectional pre-preg at 90° and to maintain a symmetrical laminate, finished with another layer 45°/45°. 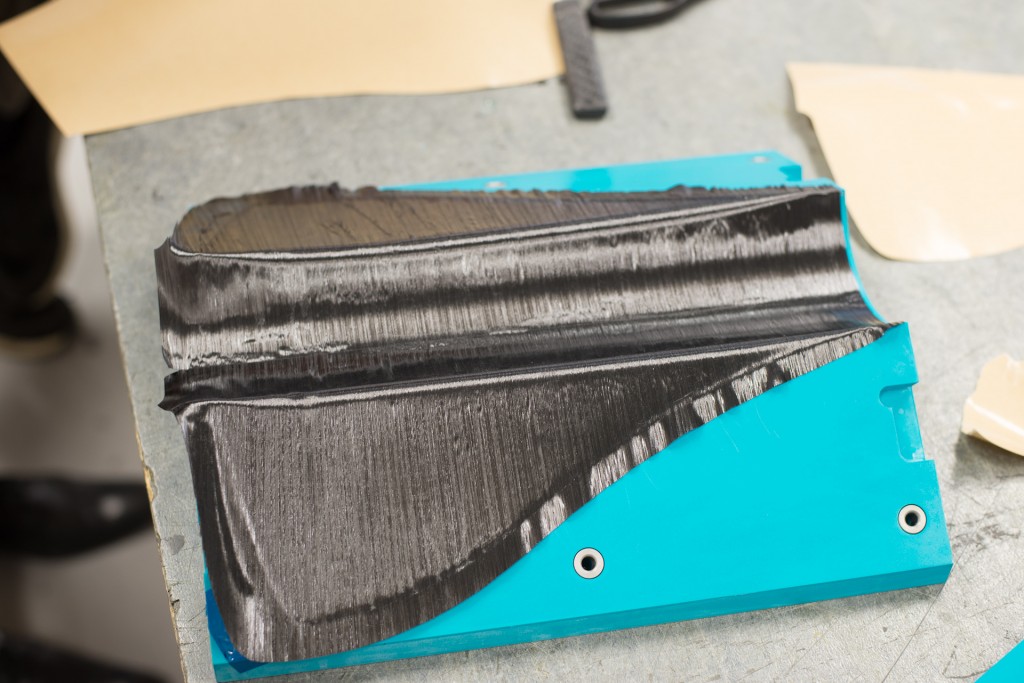 Each layer compacted into the mould and carefully trimmed afterwards. 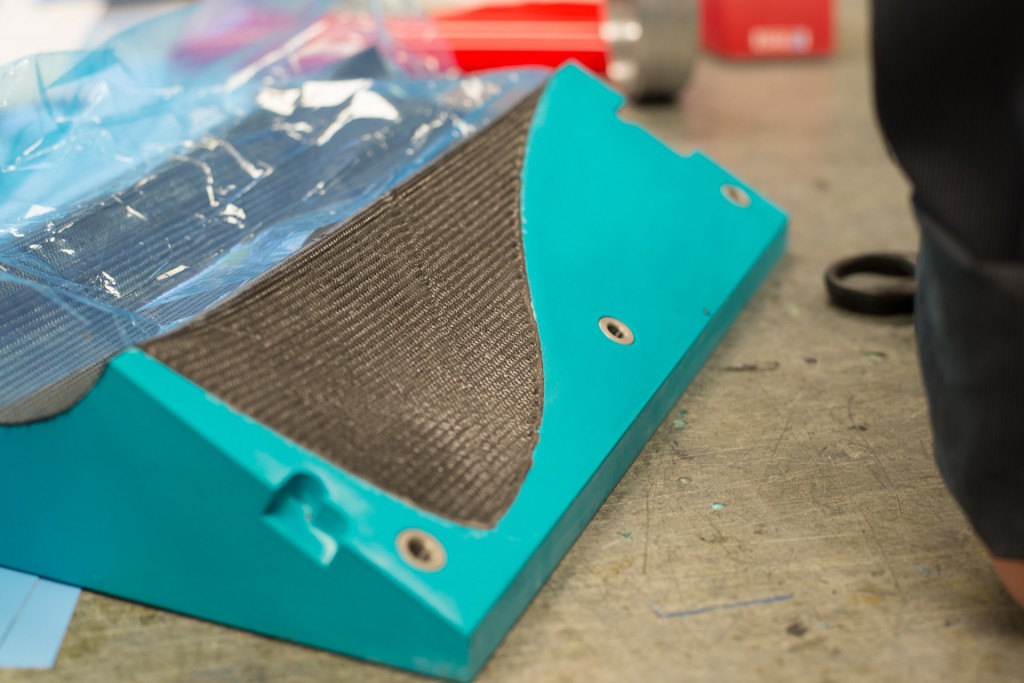 Next we prepared the fin-cores. We milled them out of a special PMI-foam(trade-name: Rohacell) at a CNC-mill@Happylab. The fin-cores got covered in a special adhesive-film and also being vacuum-compacted afterwards. 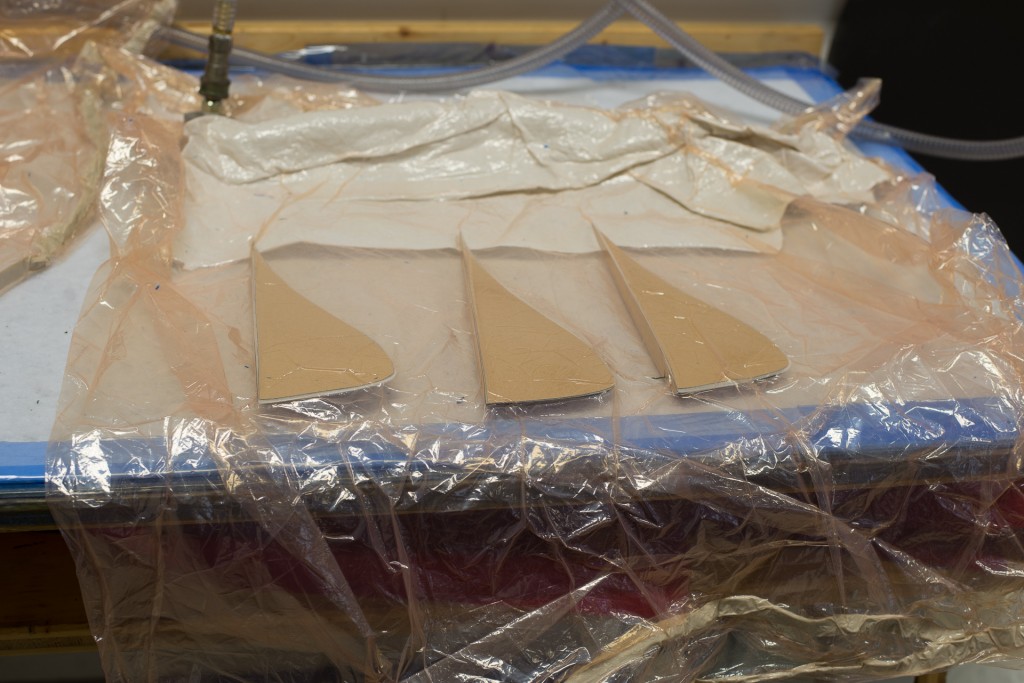 Each mould got a fin-core attached on the left side. The black adhesive-film is very sticky;) open spots were also covered with snippets of the adhesive-film-material. 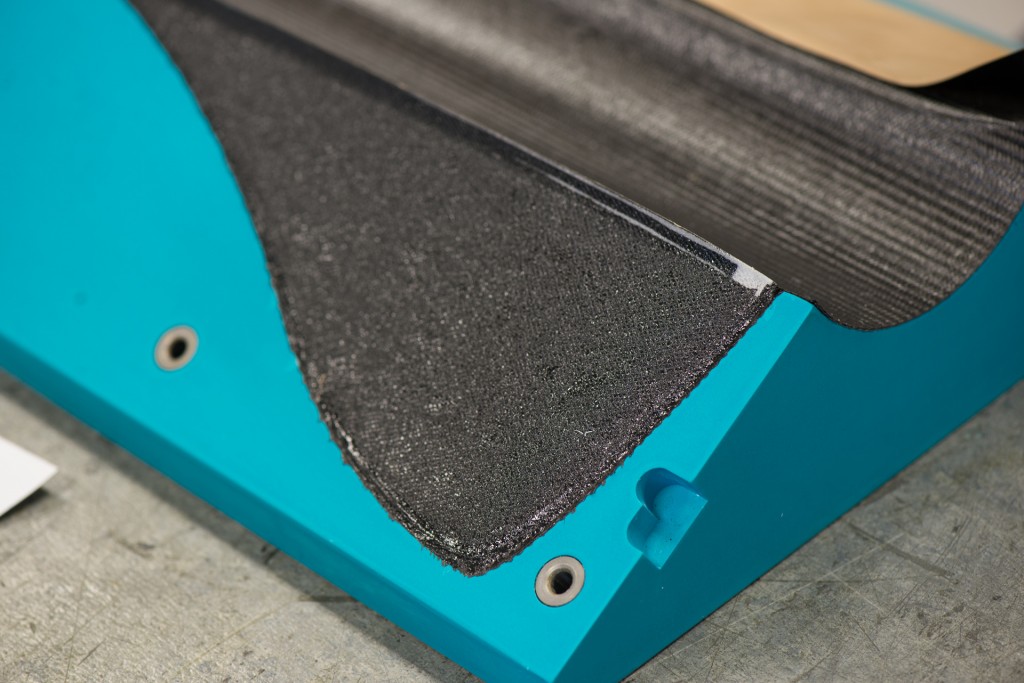 All three moulds ready to be put together: 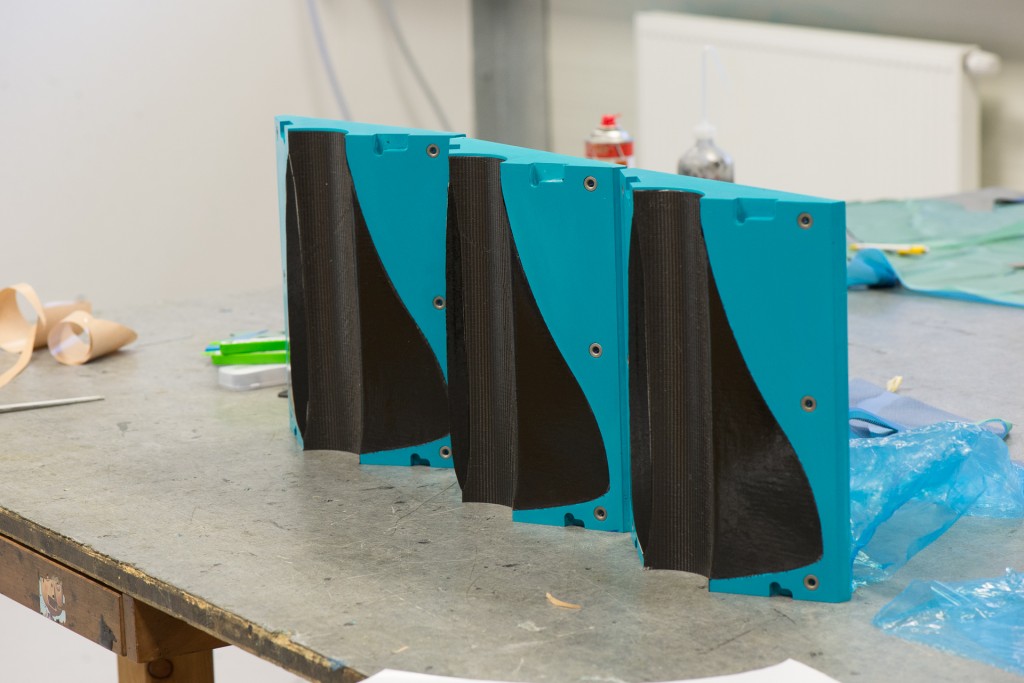 Next we added another three layers of caron-cloth in the shaft. Sort of just rolled them in. A ring of aluminium (already covered in red plastic-foil in the picture) serves as structure to form a section with smaller diameter as a joint for the rocket-tube. All holes and gaps are masked with tape. 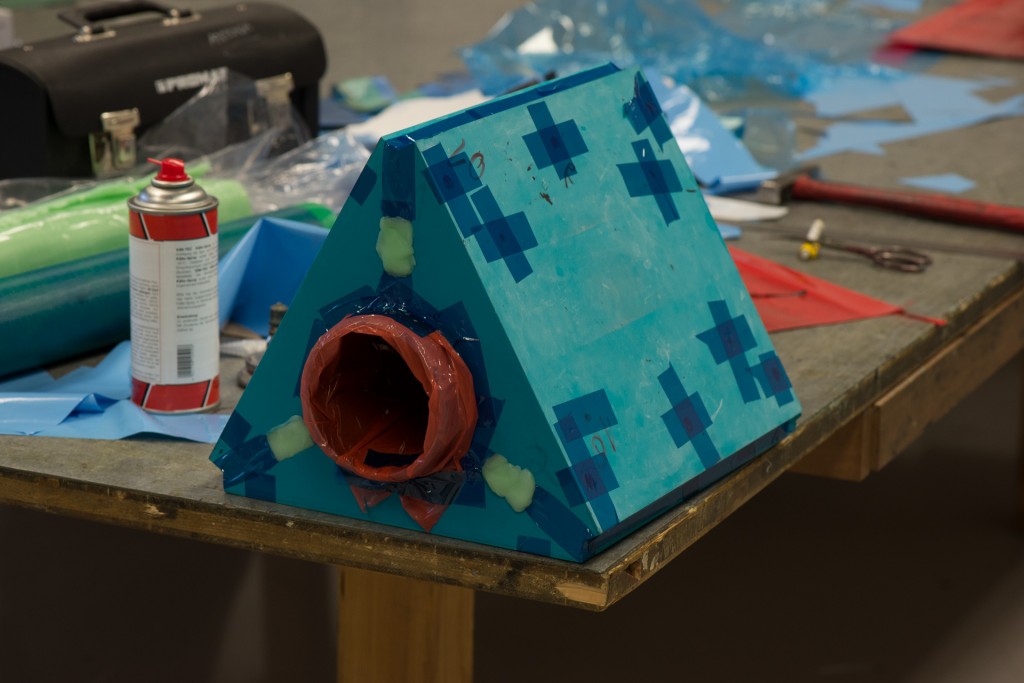 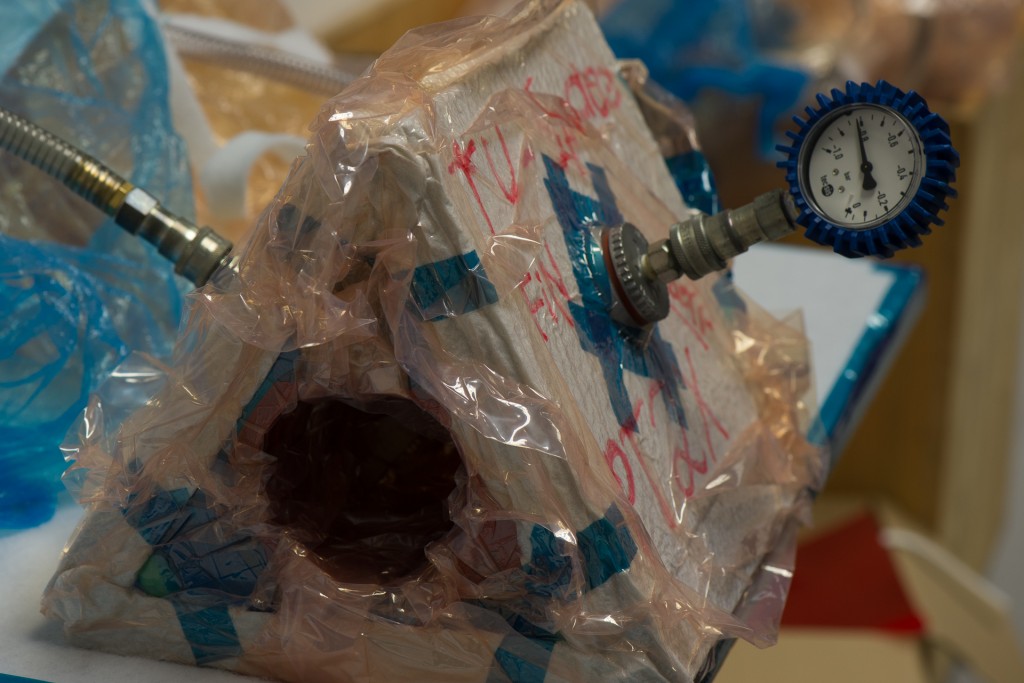 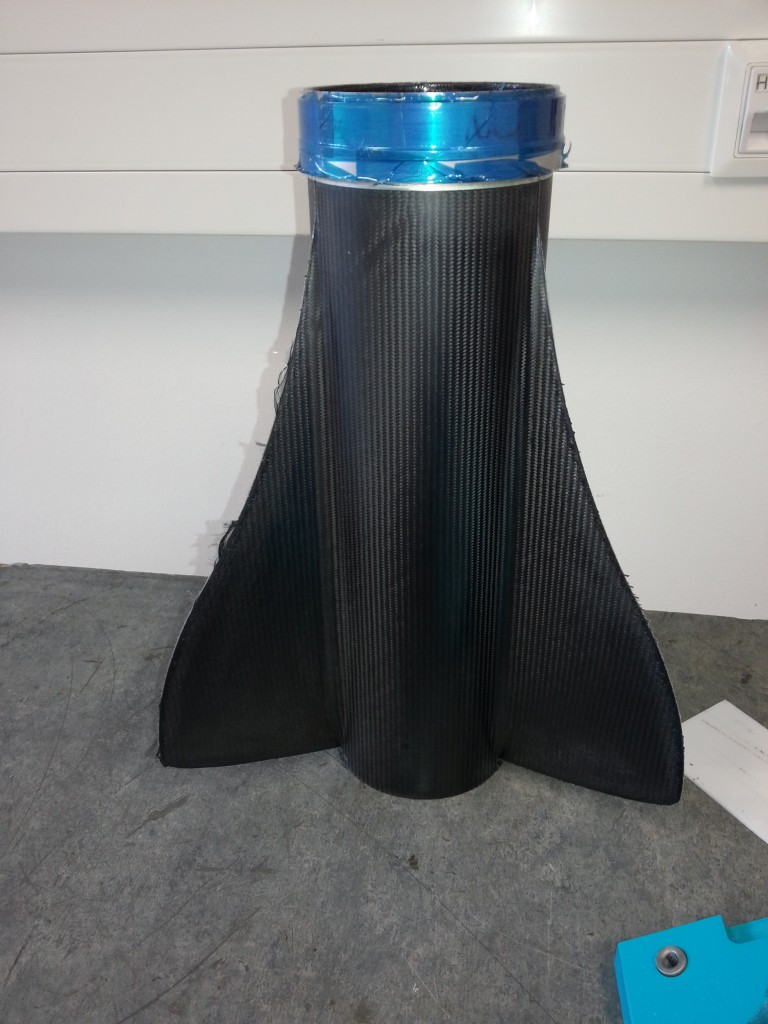 And there is the polished result: 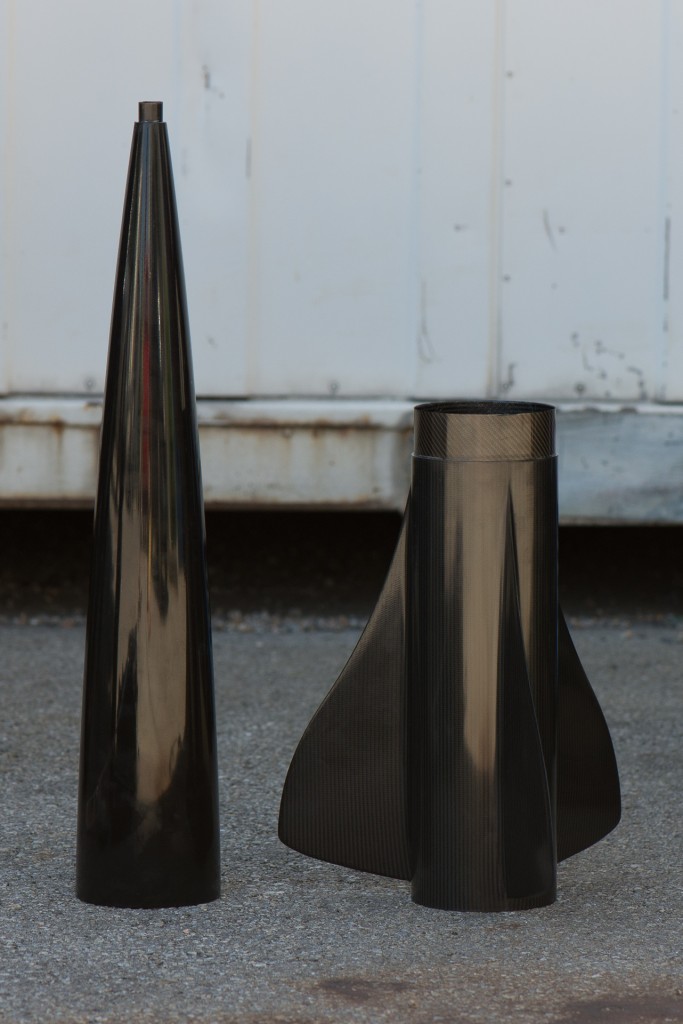 The fincan feels very very sturdy and light. Great thanks to PeakTechnology, KerblModellbau and the TU-Wien-Racing-Team (for late night advice)!