Like every year a part of the TU Wien Space Team developed a new “Space Team Rocket”, STR in short. On Saturday, the 20th of July 2018 at 12 o’clock the maiden flight of the STR-08 was imminent.

The rocked was fastened to the launch pad, the last checks were done, everything was ready for a successful launch. The French organizers were not long in coming, shortly after 12:00 the countdown was initiated. When “Three-Two-One-GO” was finally announced and the rocket rose from the launch pad we felt relieved from the stress of the last days. A few minutes later, when we saw STR-08 descend slowly on the parachute, the day was perfect. It was a very intense last week of preparations. So it was all the better to experience this completely nominal flight.

Bigger and heavier than its predecessors, but full of innovations, rarely did a STR project have so much new components. This also lead to a longer development time than initially projected. The following paragraphs tell how it nevertheless came to a successful launch:

One day later than initially planned we arrived in France because some components of the rocket needed to be completed in Vienna. Unfortunately, our originally seven-person group had been reduced to only five people since two people had to cancel on short notice. This compressed the already tight schedule even further. During the trip, some work packages were created to provide a complete overview of the needed steps for completion of the rocket.

Since STR-08 consists of a lot of 3D printed parts this day should have felt like a puzzle game. However, some parts did not fit together perfectly. Sanding, which took over two days, was the result. Nevertheless, almost the entire airframe of the rocket was provisionally assembled on that day. After all, the first technical tests had to be passed no later than 12:00 o’clock the next day!

After a quick breakfast we got down to work and were able to deliver a finished airframe almost to the clock. Thankfully, the French organizers relaxed the strict working hour regulations on that day. This was very helpful to us, in order to be able to work intensively on the completion of the rocket. There was still a lot to do, but we were sure we could do it. Hope dies last!

The last day on which we could qualify for a launch and go through the final technical tests had dawned . This day was full of ups and downs. Sometimes it was said that we had starting permission, but a few minutes later it was changed to “unfortunately no!”.

The first problem arose because of the center of gravity of the rocket. The stern of the rocket had become too heavy. However, the rocket was already at the weight limit for the parachute. This problem could be solved, but the next one was already waiting for us. Due to lack of time we have not yet performed a fully integrated parachute opening test yet.

The technical examiner had already written us off, but at the very last moment the parachute opening mechanisms worked. We were admitted to the very last test, the “Vol simule”. But here, again, something went wrong. The USB socket of our radio-station broke away. This did not allow us to manually put the rocket into its flight mode. After we had resoldered the defective USB socket, we were able to complete the “Vol Simule” successfully.

Without the solution-oriented organizers & examiners of C’Space the start would probably not have been possible.

C’Space 2018 were stressful days for all of us and full of highlights and setbacks. But we have learned one very important lesson: Never, never, give up. Not even when everything seems hopeless.

Like every year we would like to thank our sponsors without whom all this would not have been possible! 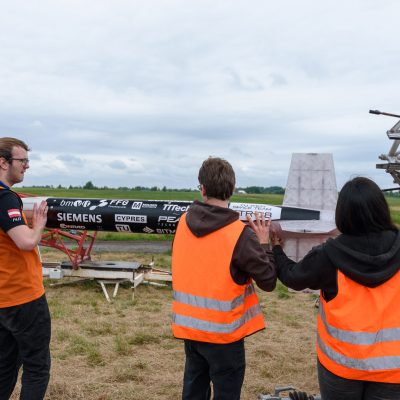 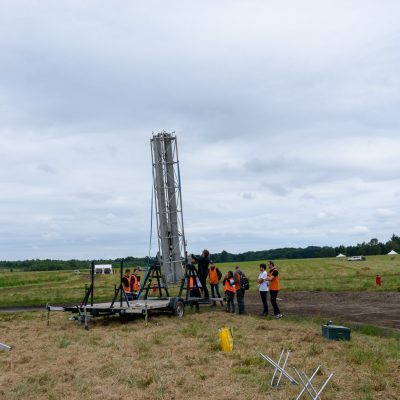 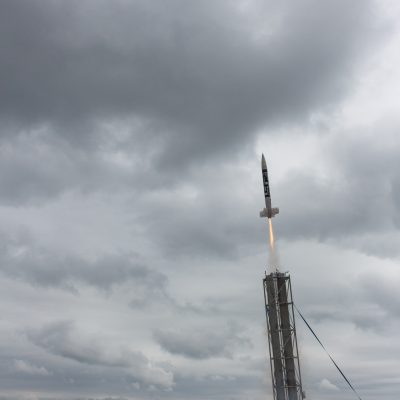 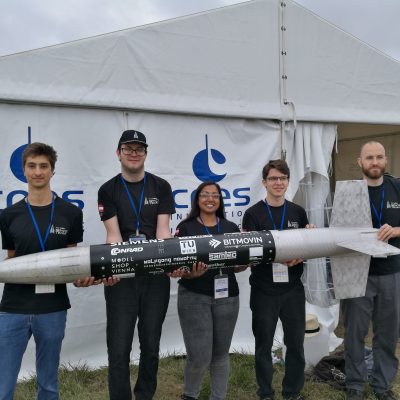 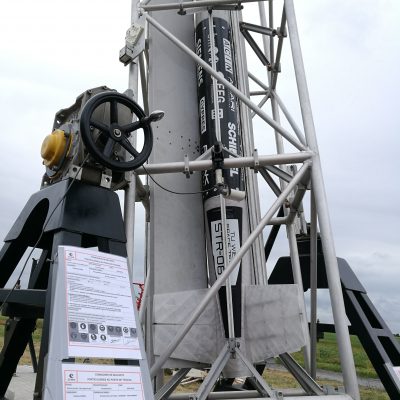