In the spring of 2019, after several months of preparation, the highlight of this year´s and also very first FIRST-project was finally ahead.

On march 2nd 2019 we, a bunch of new, but also a few more experienced members of TU Wien Space Team, drove to the fields of the Quax E.V. Salching near Straubing in Bavaria to test our newly built rockets for the first time. In the morning it was still a bit cool, but the freshmen were top motivated.

When we arrived we started with the preparation of the launching platform right away. All the teams took the last required preparations. Immediately afterwards we launched the first rockets and watched them excitedly. A few of us filmed the launches for a later analysis. A barometer detects when the rocket has reached its apogee and causes a small explosion between the top of the rocket and its body tube to separate the two parts. This sets free a small parachute attached to both parts, causing them to reach the ground slowly. As a rocket is usually carried away by the wind it has to be searched for on the ground afterwards. To be able to find it better we split up on the fields beforehand, to be able to see the landing from different angles and distances.
One of the rockets already stood out in the simulations that were done beforehand as it was expected to reach the highest altitude. During its flight the wind carried it away and caused it to land in a tree. Unfortunately, we couldn´t recover it. Besides that, all the others rockets reached the ground safely. After the last rocket had reached the ground, we had a real Bavarian pizza which was highly anticipated after the long day. The following cleanup went without any problems.

Back in Vienna we plotted the rockets´ collected data of the flights. The following data belongs to one rocket but is representative for the other ones as well: It reached a maximum height of 585m above ground, maximum velocity of 88 m/s (318 km/h) and a maximum acceleration of 50 m/s (5.1 g). 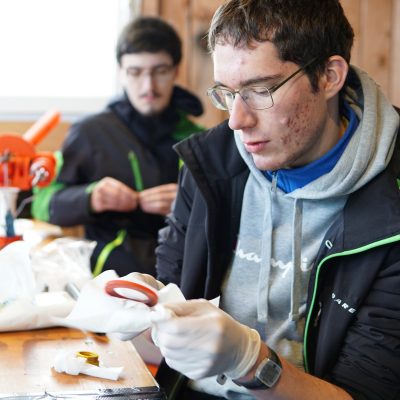 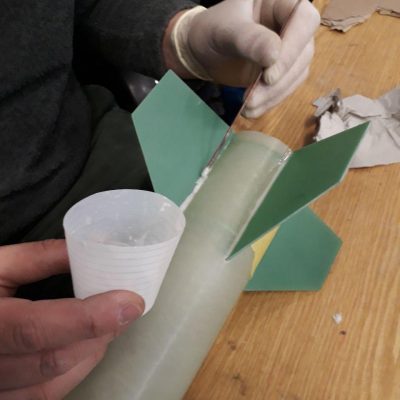 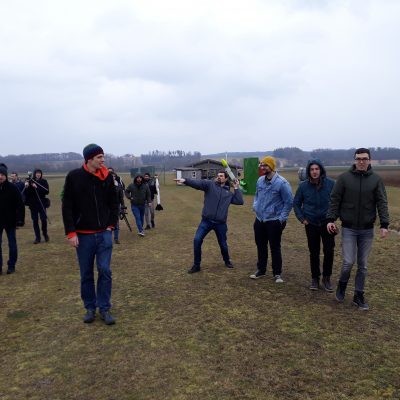 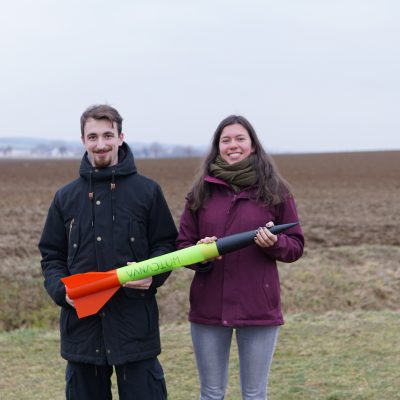 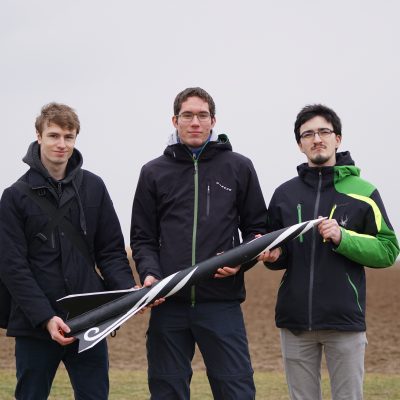 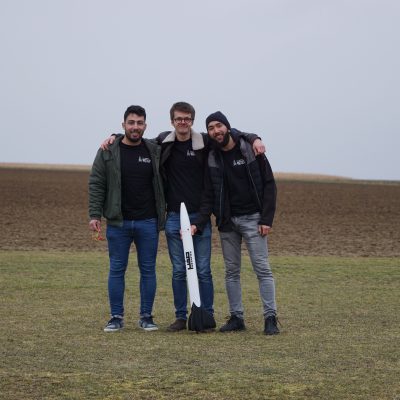 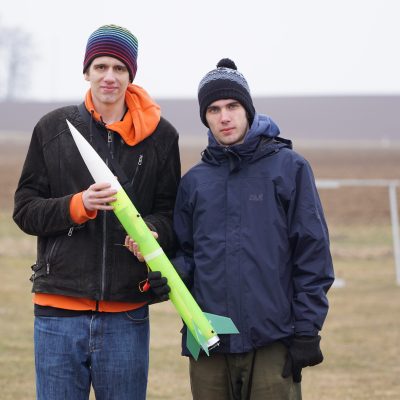