The yearly student competition CanSat was able to take place this year after having been cancelled in April 2020. The competition is held by ESERO on behalf of ESA. The TU Wien Space Team carries out the necessary rocket launch. 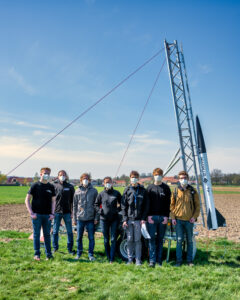 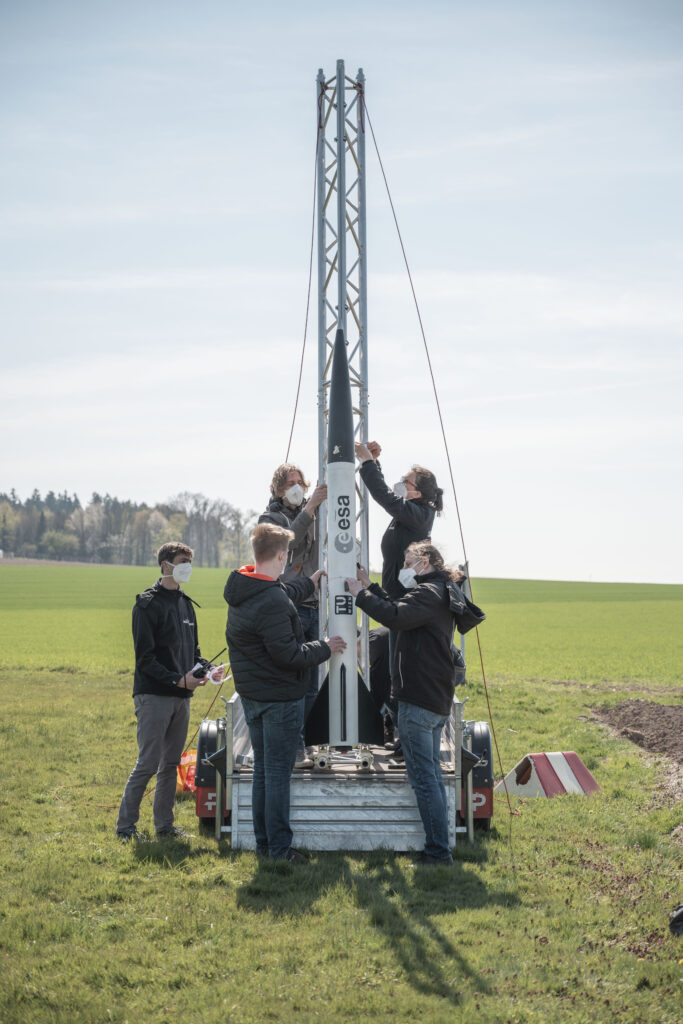 For the competition, the students build a small satellite in the shape and size of a beverage can. The students are mostly from Technical Schools (HTL). The rocket carries the cans to a height of around 500 m above ground where they are ejected. During their descent they are supposed to collect data like acceleration, temperature, air pressure,… Due to Covid restrictions in schools, only one team took part in the final event this year.

After a very professional presentation by the student team and the acceptance test through the Space Team on the first day, everyone met again the next day, already on the airfield in Suben, Schärding. The last-minute preparations went smoothly. Unfortunately the motor experienced a so called „blow by“, caused by escaping gases. That means that the gases didn’t discharge through the nozzle but sideways through a small leak. The rocket separated too early due to the fact that the flight was all but nominal. While the upper part flew upwards, the motor and the lower stage flew sideways. The ejection of the CanSat worked as planned but that was only at a height of around 100 m instead of 500 m as initially planned. Unfortunately, the CanSat didn’t collect any data.

On the third day of the event the jury meeting and the final presentation of the student team were held online. The students were sure to having found the source of the failure in the electronics already. They were very motivated to being able to fix all the problems until the Europe-wide CanSat challenge in fall. As winners of the national CanSat challenge they are eligible to take part and send their CanSat there. They can hope for a victory there as well.