EuRoC is the first university rocket launch competition in Europe, which seeks to stimulate engineering students to design, build and launch their own vehicles. It was established to supplement the Spaceport America Cup, which was canceled due to the pandemic. This year 6 teams from 5 countries (Austria, Swiss, Germany, Denmark and France) participated, two of which came from the TU Wien Space Team: The STR-10 Team and the The Hound Team.

The event took place in Ponte de Sor in Portugal from 20.10. to 25.10.2020. It was very well organised, every team had two tents (paddocks) where we could prepare and assemble our rockets. Before coming to Portugal and shortly after arrival at the event site we all had to do a corona test in order to ensure maximum safety. On the day before launch, every team had to pass the flight readiness review based on the technical report and a launch rail/tower fit check.

Besides the organizers of this great event we want to thank the Austrian Research Promotion Agency (FFG) and the Federal Ministry for Climate Action, Environment, Energy, Mobility, Innovation and Technology for the support and funding the travel expenses. 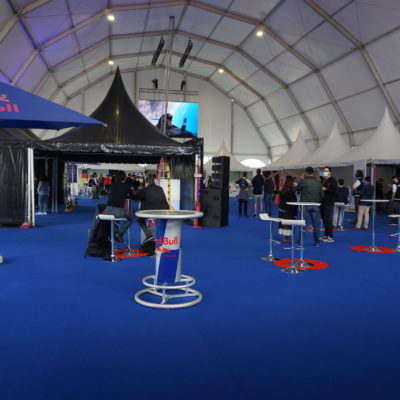 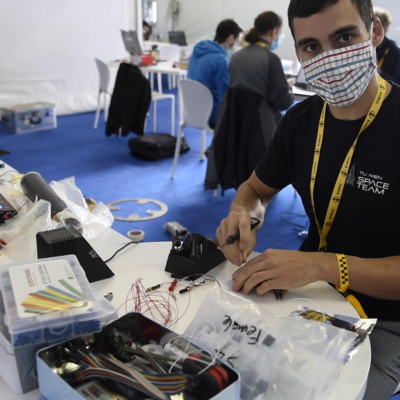 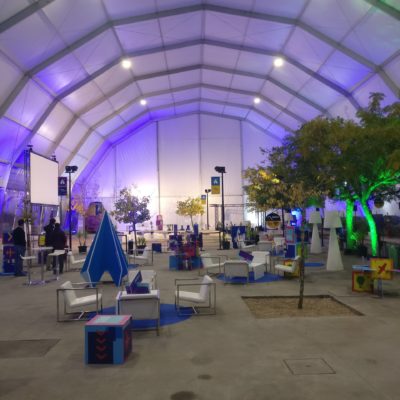 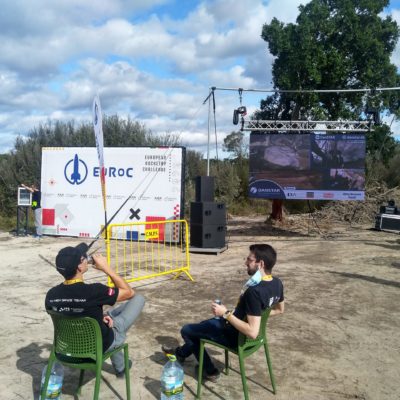 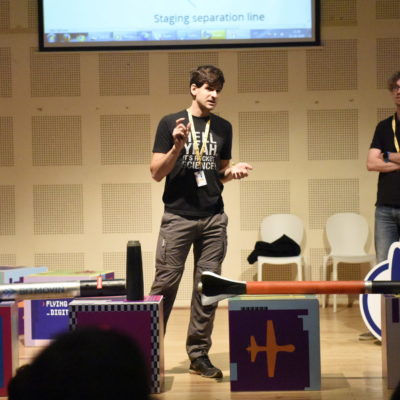 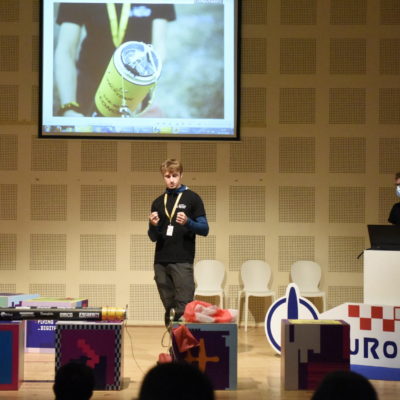 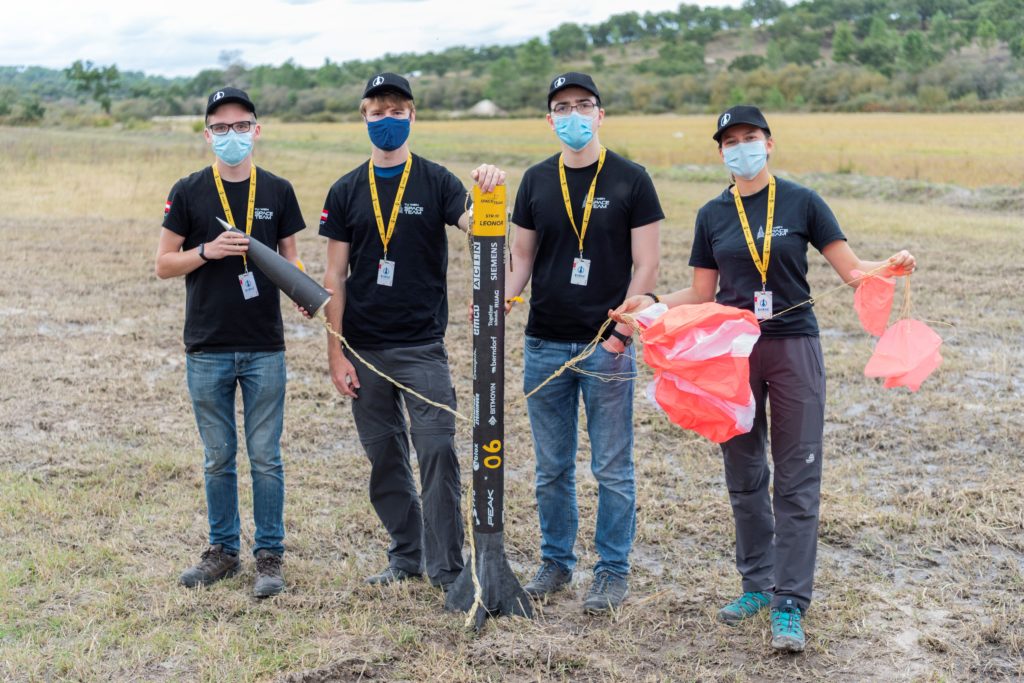 STR-10 Leonor is the 10th rocket of our STR (Space Team Rocket) experimental rocket series. Every year a new rocket is built by relatively new members of the TU Wien Space Team. The purpose of this series is to design and try out new rocket concepts.

This year the STR-Team set itself 3 goals: 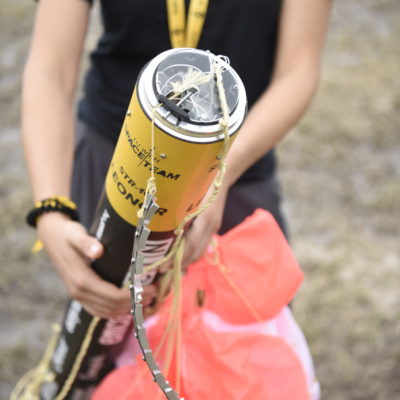 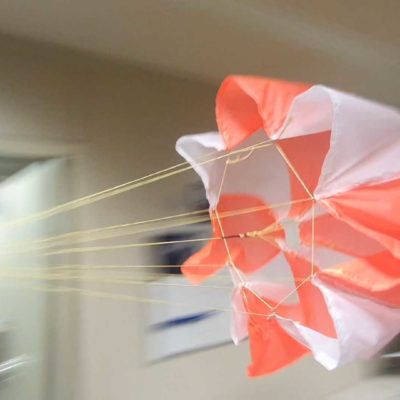 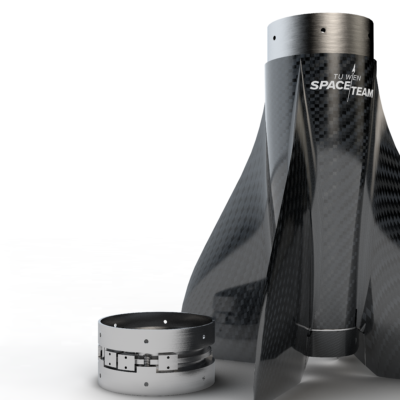 STR-10 was the first rocket to launch at EuRoC 2020. Get an impression of the flight by the following videos:

The clampband withstood the forces and vibrations of the motor burn phase and separated fast at the right moment. The parachute was deployed in its reefed state. The opening shock of the chute led to a tear off of a solder joint at the linecutter in the parachute, so the signal to dereef the parachute could not reach the linecutter. Luckily we decided to make the reefing line long enough to ensure a relatively slow descent rate of about 15m/s, even if the dereefing mechanism fails. The rocket had an apogee of 2500 m and had a peak velocity of 300m/s. The specially designed fin section is relatively hard to simulate in OpenRocket so we were happy that we flew even higher and faster than simulated. 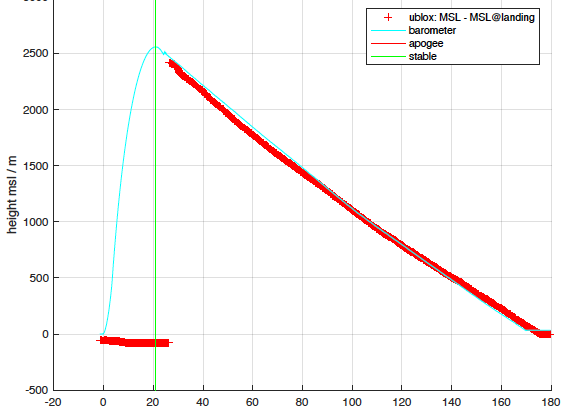 STR-10 had a successful start and landing, it was praised to be the first high power student rocket to ever successfully launch in Portugal. At the closing ceremony the STR-10 team was honoured with the price for ‘Innovation’.

Like many other events this year, the launch event Balls in Nevada, USA, was cancelled due to the Covid-19 pandemic. Therefore, the rocket launch competition EuRoC in Portugal appeared as a special test opportunity for The Hound. Although the maximum altitude of the Hound in its full configuration is about 100km, the EuRoC event, with a maximum allowed altitude of 30kft (approx. 9km) was still the best opportunity to test the hound. As example, the maximum allowed altitude at launch events in Germany is 3.5km.

Due to this fact, the original configuration of The Hound had to be adapted to stay within 30kft. Furthermore, the available COTS solid rocket motors are limited. Thus, we have chosen the CTI motors L935 over the M1790.
For the upper stage a test airframe out of GFRP was used. The fins of the booster stage had to be adapted as well to guarantee aerodynamic stability at the lower start acceleration.

Due to the pandemic situation, we arrived at the latest possible date. Therefore, only one day was left for the preparation and review of the rocket by the safety committee. Since we are an experienced team and the hound is already a flight-proven concept we easily managed the preparations and the flight readiness review in time.
We even had time left to help the other teams preparing their rocket motors.

On the launch day the schedule was very tight, because there were only a few short time slots available when entering the airspace was permitted.
We started the preparations for the hound launch early in the morning, since the launch was scheduled for 12.30 local time. 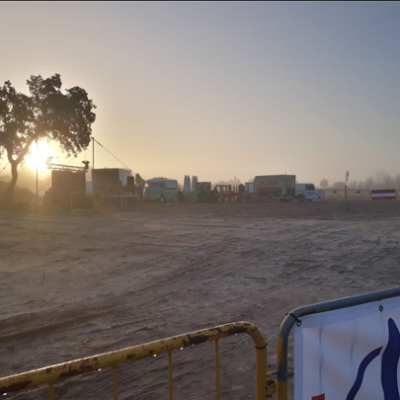 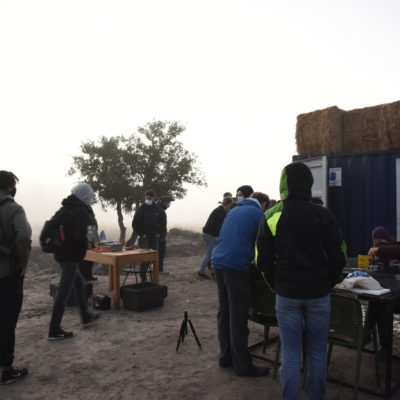 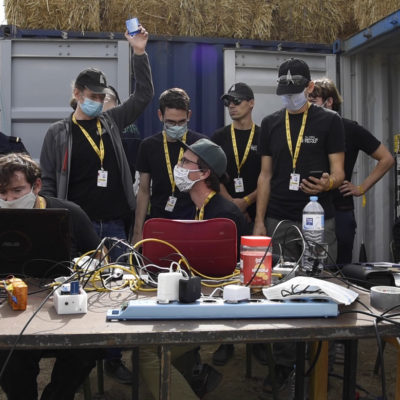 There were some delays, but luckily we managed to make the hound flight ready and launched just in time before the time window closed. At 12.50 the Launch Control Officer ignited the booster motor remotely. 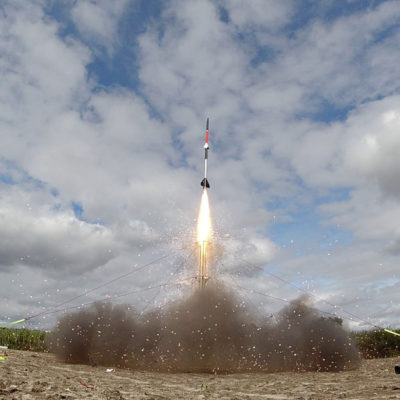 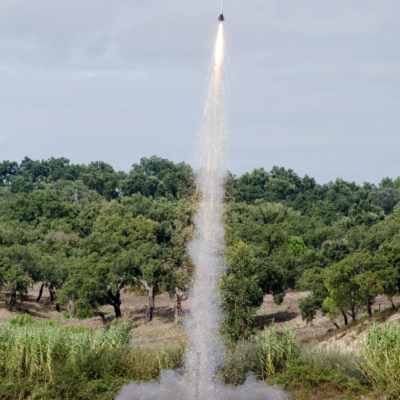 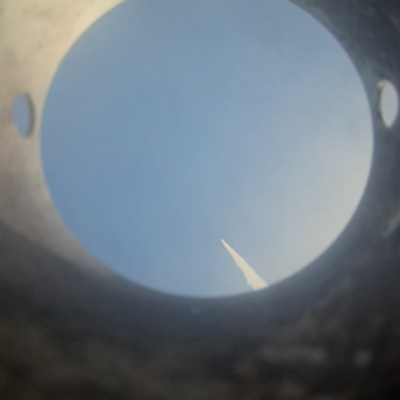 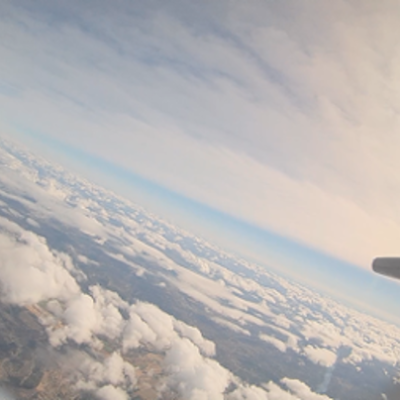 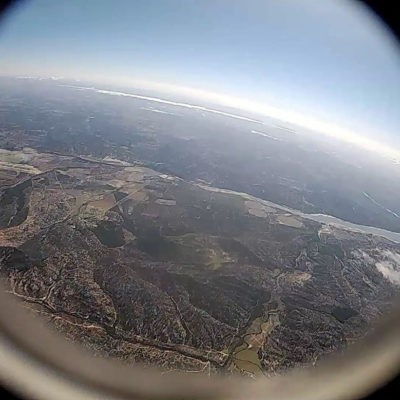 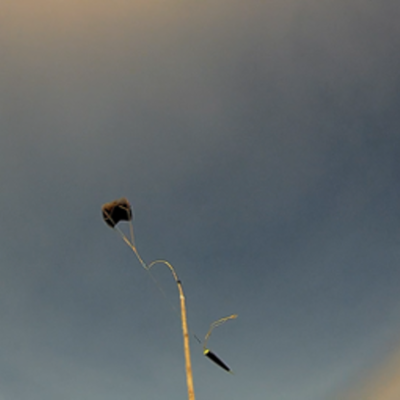 The launch was very successful. The upper stage motor ignited as expected shortly after the separation of the two stages.
For the first time we were able to film the ignition of the upper stage with a camera installed inside the booster stage!

The parachutes of both stages were deployed straight at apogee. This can be seen very well on the onboard video of the upper stage:

Some facts of The Hound’s flight:

The only small drawback was that the main parachute cord of the booster stage was ripped.

The reason for this was, that the reefing mechanism of the booster stage’s main parachute was damaged after the deployment at apogee. As a consequence, the main parachute cord couldn´t withstand the high forces due to the high air resistance. Luckily, the lightweight interstage coupler, which is equipped with a redundant GPS tracker, was still connected to the parachute. Therefore, we were able to locate the parachute 18km away from the launch pad. Successfully, we recovered the parachute and the couple tube undamaged. 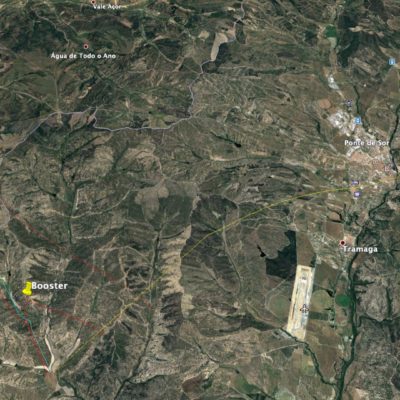 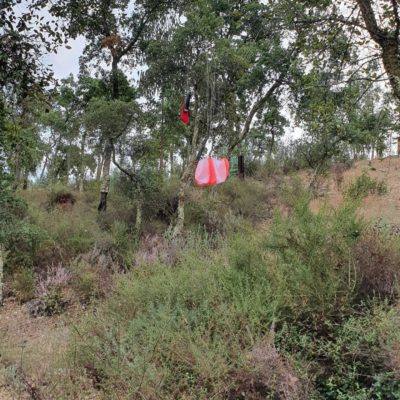 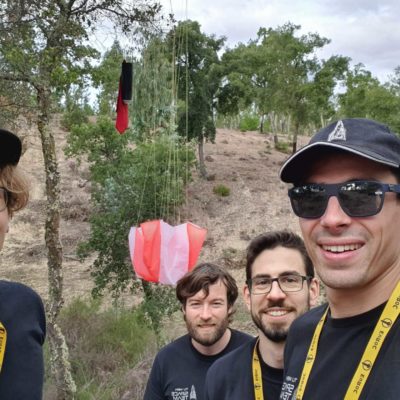 For the reefing mechanism a Jolly Logic ChuteRelease was used. At previous test flights we have experienced that this system is not very reliable. Furthermore, we have found out that the Jolly ChuteRelease system is not allowed anymore at the Spaceport America Cup for such big parachutes.
Therefore, we are going to adapt the recovery concept of the booster stage before the next record attempt in the desert of Nevada.

Summarized: The launch was a great success despite the small problem with the parachute. This launch holds the altitude record of rockets on European soil built by the TU Wien Space Team. This was awarded by the jury of EuRoc with the prize for “Flight Dynamics”.