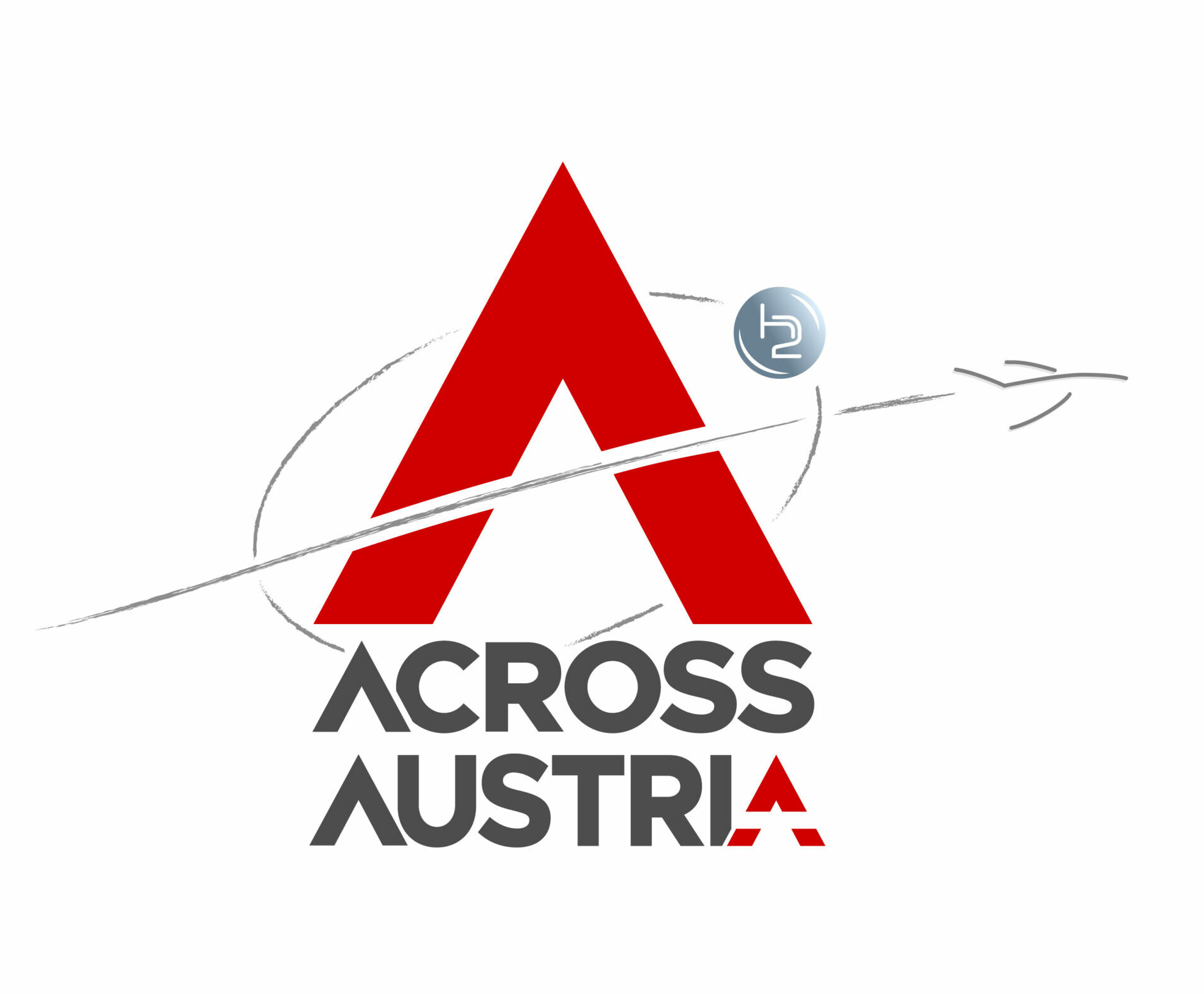 The mission to fly autonomously from border to border across Austria in a hydrogen-powered aircraft aims to demonstrate important future technologies for aviation. With its high energy density, hydrogen represents a realistic solution for green aviation of the future, in addition to synthetic liquid fuels and the hoped-for potential of battery technology.The BVLOS (beyond visual line of sight) operation of autonomous aircraft opens up a multitude of possibilities for search and rescue, logistics, urban mobility and the connection of more remote regions.

In this context, the TU Space Team wants to drive forward the topics hydrogen and BVLOS in aviation in close cooperation with TU Wien and with the support of politics, authorities and industry.

The joined wing aircraft, which is investigated in this project, is one of the most notable and promising aircraft concepts. The joined wing aircraft’s design, which is sometimes referred to as a closed wing or box wing design, was first proposed by Prandtl in 1924 and patented by Wolkovitch in 1982. In his patent application Wolkovitch describes his invention as “an aircraft having a fuselage and a pair of first airfoils in the form of wings extending outwardly from the vertical tail and a pair of second airfoils in the form of wings extending outwardly from the forward portion of the fuselage at a lower elevation than the first airfoils”. Additionally, he proposes the use of a winglet to structurally connect the wings at the wingtip and to reduce drag. 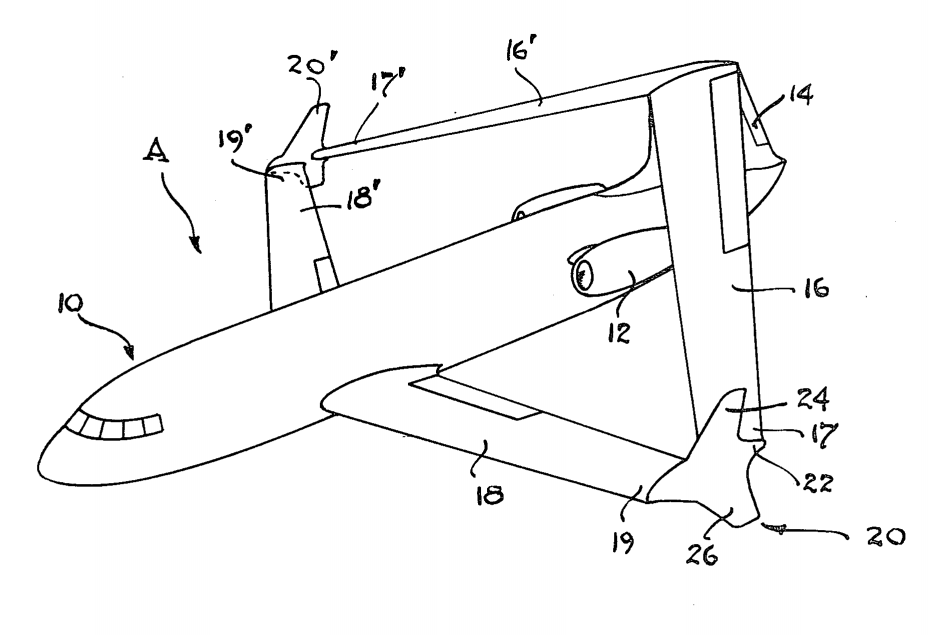 Among other aspects, Wolkovitch and his peers consider the invention to be superior to conventional aircraft designs in several aspects, the most notable among them being the following

The airplane’s joined wing geometry is formulated in CAD using independant parameters that define the chord length, the angle of attack and the position of the 7 NACA 65-206 airfoils defining the wing shape. A fully-automated meshing algorithm and a CFD simulation workflow using steady state RANS to simulate the airplane performance and calculate the integral surface forces are set up, verified and validated. This is followed by the systematic investigation of the design space, the construction and investigation of response surfaces for the integral forces, the set-up of a surrogate model-based genetic multi-objective optimization algorithm based on the Non-dominated Sorted Genetic Algorithm-II (NSGA-II) and the investigation and comparison of the resulting geometries. 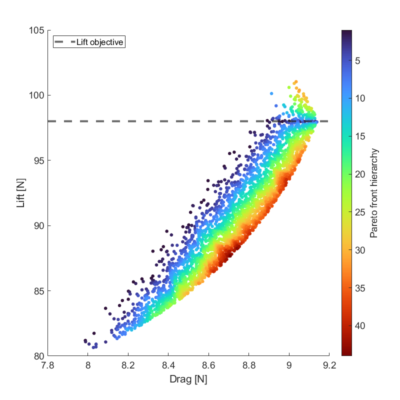 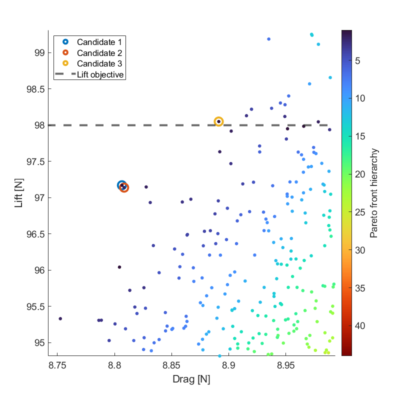 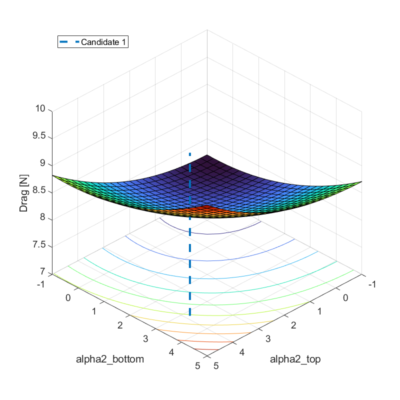 Thorough investigation of the optimization produced the following geometry with the lowest lift-to-drag ratio. 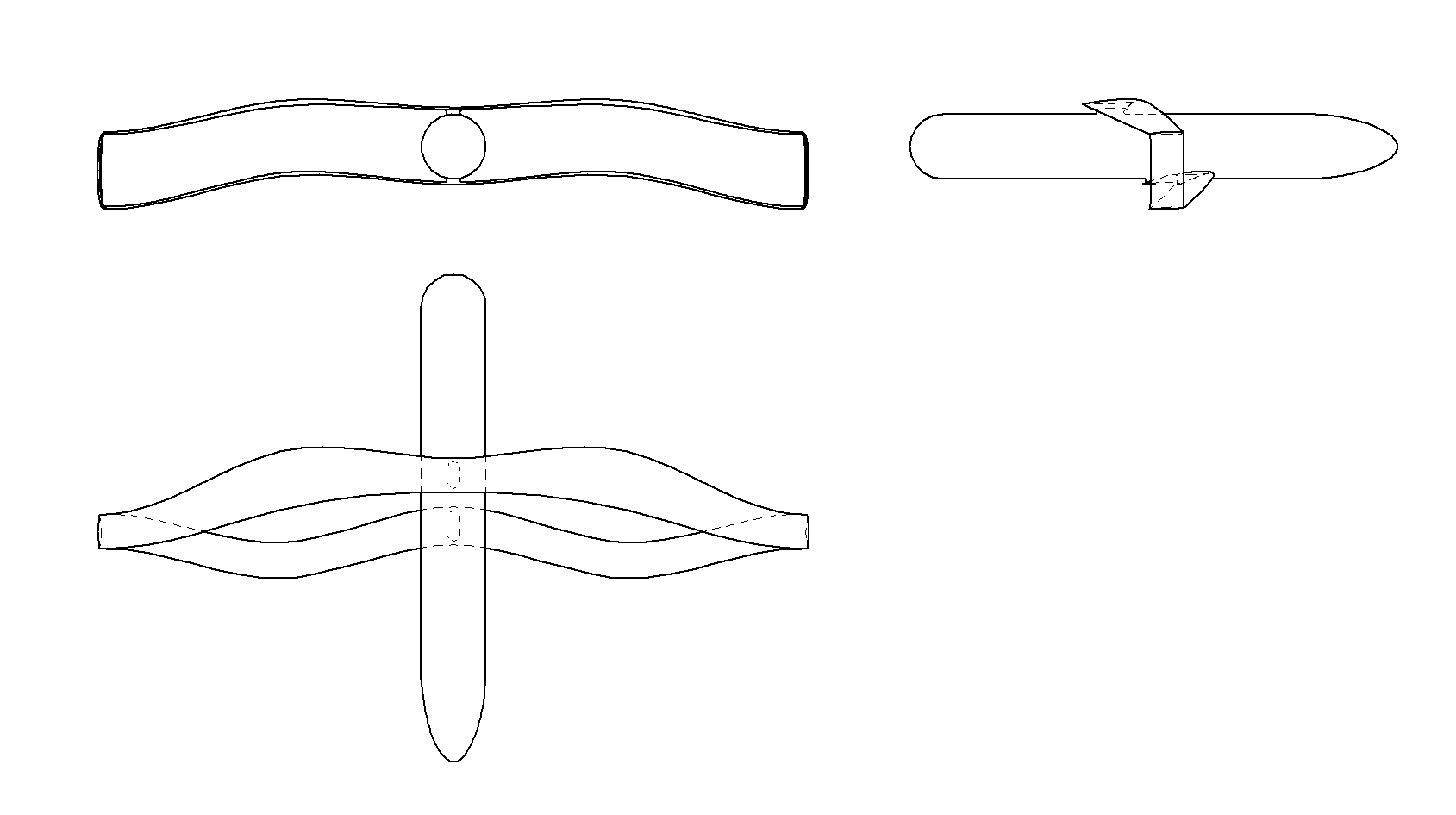 By using a fuell cell in combination with hydrogen we want to demonstrate the feasability of an eco-friendly alternative to kerosene in aviation. Due to ist 2,8-times higher gravimetric energy density in comparison to kerosene hydrogen enables the transport of a correspondingly higher payload at the same range – in other words, by using the same mass of fuel hydrogen allows for much farther distances. Even in comparison to LiPo batteries, which are commonly used for drones, more than double the range can be achieved. It is our plan to install a 7 L high-pressure cylinder with a total weight of 3,3 kg, including 150 g of hydrogen. This will enable us to cover distances of more than 600 km – a flight across Austria! 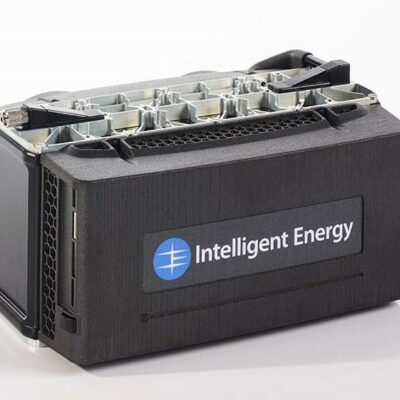 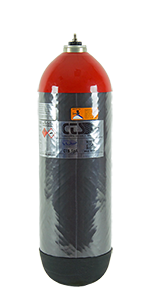 BVLOS – “Beyond Visual Line Of Sight” – is the legal designation for autonomous drone flights, where the drone is no longer directly operated by a pilot via a remote control. Therefore, we are dealing here with a question which is essential for this project: Which requirements must be fulfilled in order to carry out such a flight across Austria? The answer can be found in the EU’s drone regulation, which has been adopted by the member states since 2020, and which for the first time sets up a legal basis for such a flight BVLOS. We are working in close cooperation with Austro Control, Austria’s air traffic control agency, to develop a concept and carry out risk analysis to guarantee that our flight across Austria is not a danger to the public and reaches a maximum level of safety and reliability.

The control team is responsible for everything regarding the steering of the plane. The main goal is to fly along a predetermined route. To achieve this it is necessary to use a full autopilot. But concerning safety there are also a lot of things which matter. The flight controller has to check and monitor the fuel-cell, keep the plane out of manned airspace and has to act with counter measures in case the plane leaves the flight path.

Also the telemetry connection, and the loss of signal with adequate counter measures, is a topic of control. And in the worst case, a total-loss-of-power, we still have to make sure that at least the parachute opens. All these challenges make control a broad and interesting area to work in.

Manufacturing of a mock-up airplane

In September of 2021 the team manufactured the first 1:3 mock-up. 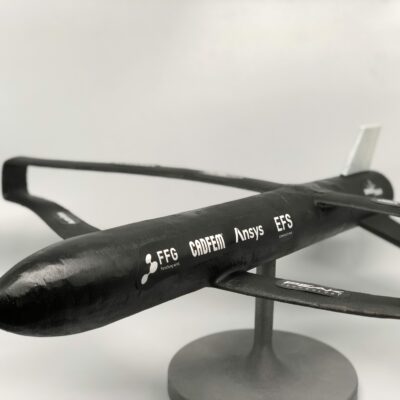 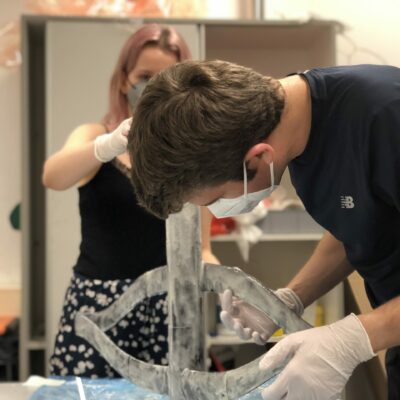 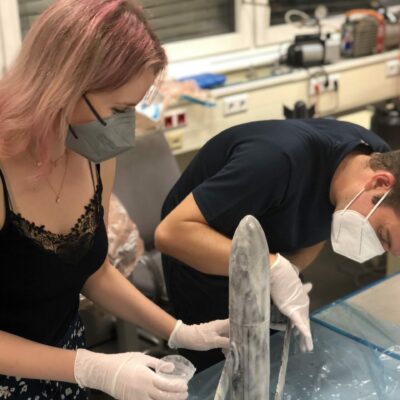 Presentation of the project

The entire project and the first mock-up were presented in the “FlyOut Event” of the TU Wien Space Team. 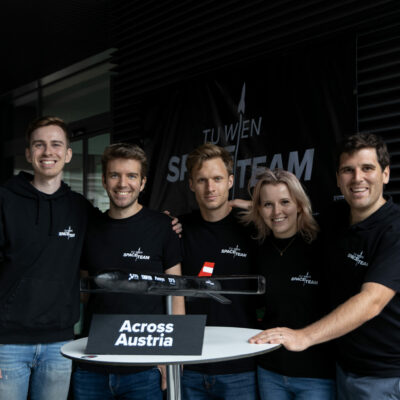 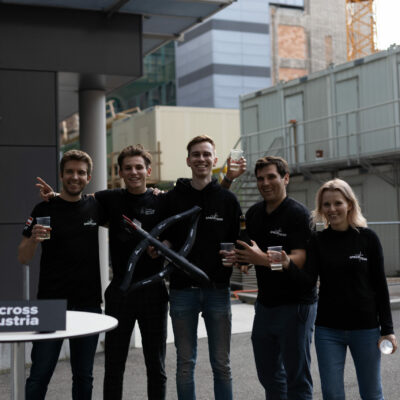 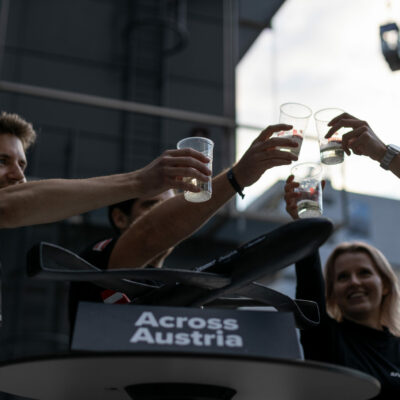