The Hound, a two-stage rocket with commercially available motors to achieve the highest possible altitude:

Our objective is to build a two-stage rocket based on commercially available motors, which is optimized to achieve the highest possible altitude. Nevertheless, up until now anything above 32.3 km (current record holder HyEnD/Stuttgart) would set a new “European university amateur club record” – and that is what we want to go for! In Spring 2019, a US based student team successfully passed the Kármán line and established a new world record for university teams.

The selected motors have a combined total impulse of about 30,000 Ns. For comparison purposes, this would be enough to accelerate a motorcycle to about 400kph (250 mph). Because our rocket is much lighter, it will accelerate to about 5500 kph (3400 mph). At this speed, a marathon race would be finished in less than 30 s. Our simulations indicate that, dependent on actual aerodynamic parameters, an altitude of more than 100 km (62 mi) above ground could be achieved.

These numbers present quite a challenge in various aspects. On one hand, we need to build different parts as light and small as possible to be able to obtain that speed and altitude. On the other hand, those values raise the requirements e.g. for toughness and heat resistance, demanding special materials and manufacturing techniques. All in all this is a tricky multi-variable optimization problem.

All that said, the biggest challenge for Europeans is to find a launch site with an appropriate altitude waiver and safety radius. Two viable options are known to us:

Presentation of the project “42km – The Hound”

Further details about the project are included in the following videos:

See the presentation of the project by the project lead Christoph Fröhlich at the Space Events 2019 (German only): 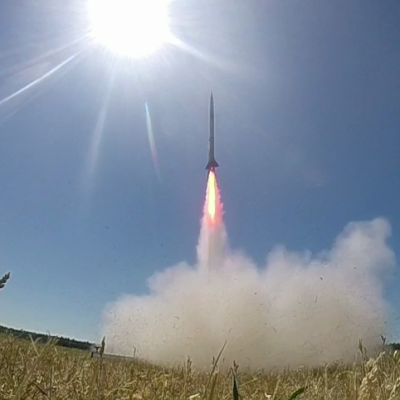 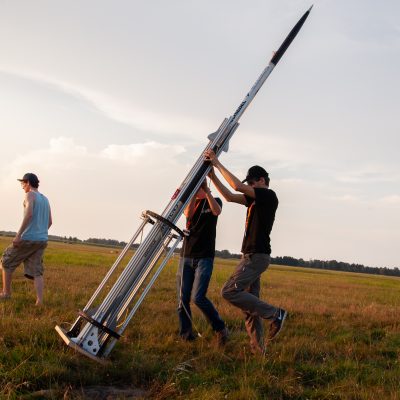 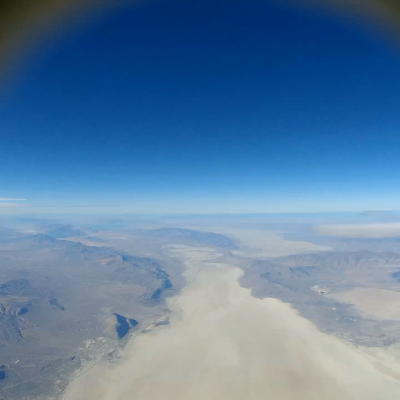 Because the launch in the fall of 2018 was not successful, the TU Wien Space Team decided to extend the project for another attempt in 2019 – “The Hound 2” – with an adapted concept based on previous experiences:

In September 2019 another record attempt was performed. Despite several delays The Hound 2 was launched, but the flight ended too early: The upper stage broke apart shortly after engine burnout. Unfortunately, the avionics unit disintegrated, the data recording failed and neither of all four on-board cameras could be found afterwards. Additionally, the radio communication to the booster was interrupted midflight, which is why the booster couldn’t be recovered. A more detailed final report can be found at final report 2019.

During 2020 work on an update was done: “The Hound 3”.  The most important changes were:

In autumn 2020 another attempt was planned. Unfortunately, the event Balls — like many other events — got canceled due to the global COVID-19 pandemic. However, we were still able to implement all updates and improvements, which were planned for The Hound 3. Thanks to Portugal Space we even got a great opportunity to test all that on European soil: EuRoC 2020. With the sustainer reaching a max. altitude of about 9km the launch in Portugal marked our team’s highest rocket flight in Europe to that time and was a great success overall. The new and updated avionics worked flawlessly and, for the first time, we were able to watch five on-board videos after the launch (2x booster, 2x sustainer, 1x interstage). Despite all those achievements there is still work to be done since the main parachute of both stages did not deploy.

Again, in 2021 we did not have the chance for another record attempt due to active travel restrictions. But we used the time for test flights in Europe, because despite the successful flight in Portugal 2020 there was still room for improvements. Two successful two-stage test flights were performed in Poland in June and November 2021, increasing the team-internal altitude record on European soil to 11,800m.

True to the motto “the third time’s the charm”, the team was optimistic that the third attempt performed in 2022 will be a great success. Two rockets were launched successfully, “The Hound Minor” and “The Hound Major”. But both upper stages experienced an aerodynamic instability close to their maximum velocity after upper stage ignition, and reached a maximum altitude of 21.4 km only. But these launch campaign was still a great success for the team, read more about the results in this report.

We are currently evaluating options for another attempt in 2023, stay tuned!

The software packages OpenRocket and RASAero were used to perform flight simulations. The results for “The Hound 2”, launched from the Black Rock desert, are presented below: 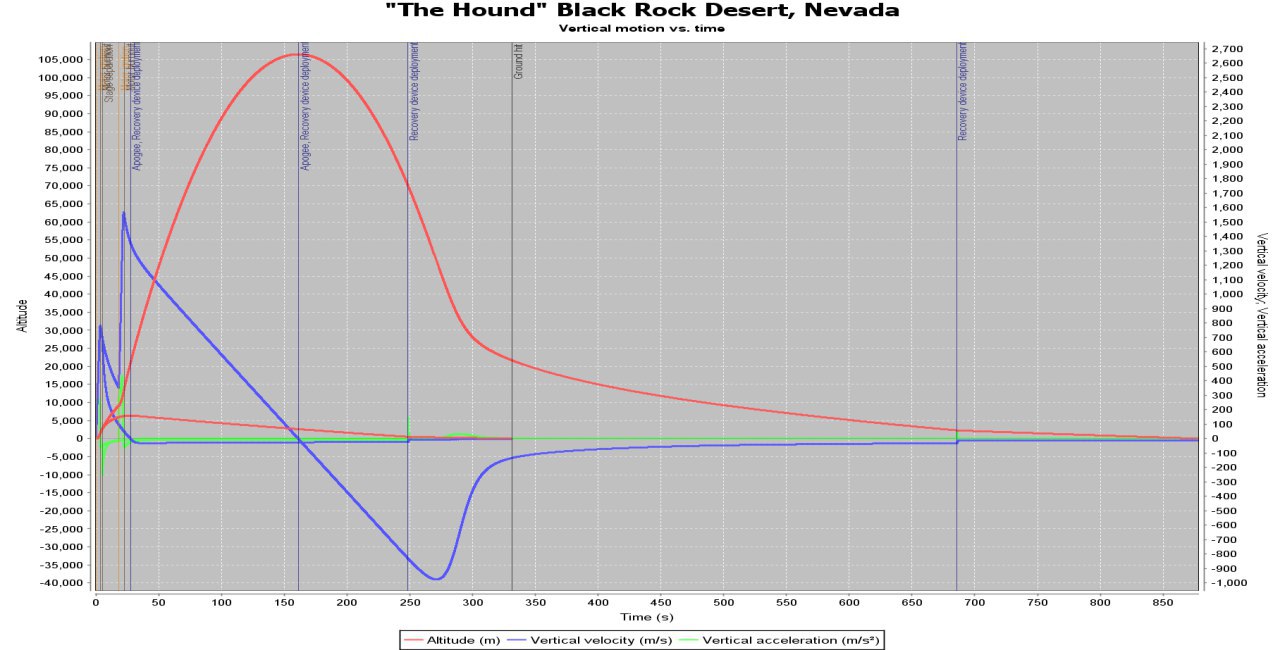 Past and present team members (in alphabetical order)