After waiting a long time we did it finally: The first supersonic flight of a rocket of the TU Wien Space Team was performed successfully. 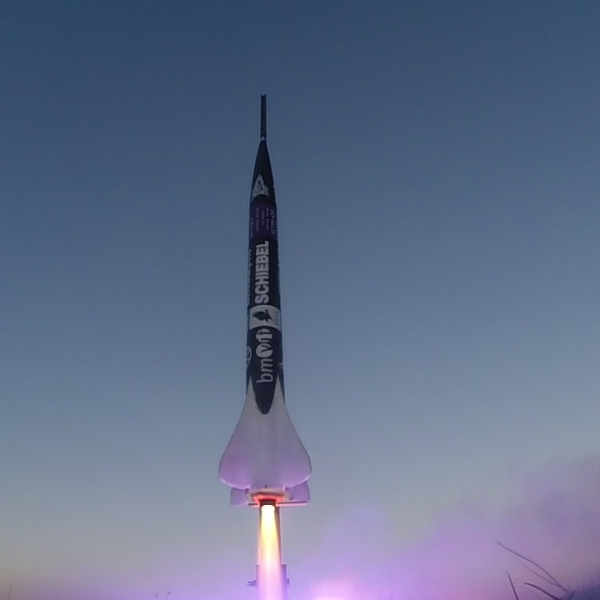 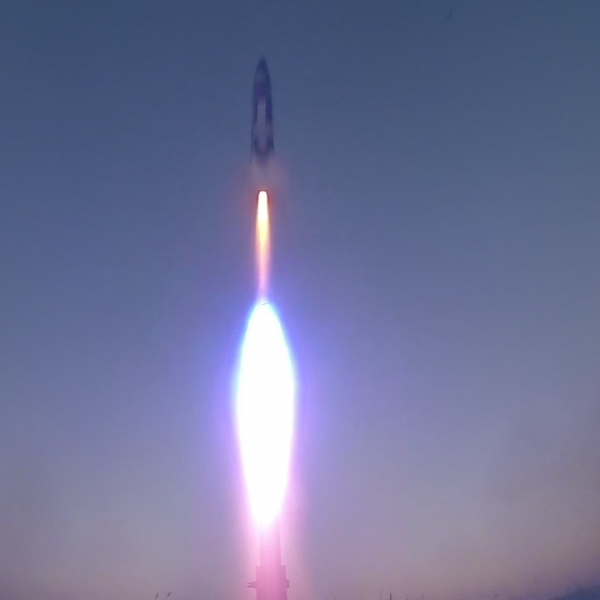 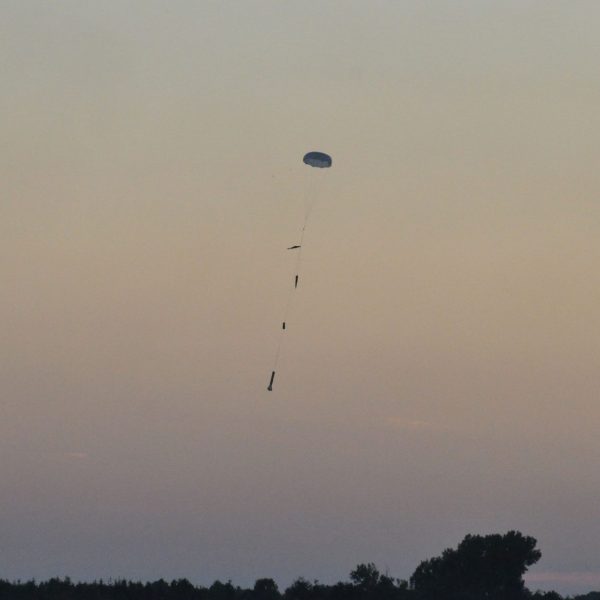 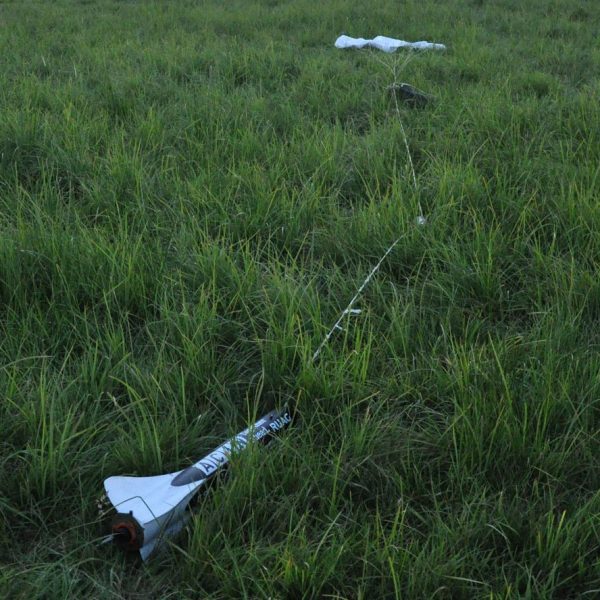 With a maximum acceleration beyond 30g, comparable to The Hound, the rocket was accelerated to a velocity of 390 m/s within 1.4 seconds. The real airspeed could only be determined via integration of the accelerometer data due to the lack of a absolute velocimeter.

Amongst other data, we were especially interested in the measured evolution of the pressure, measured by a commercial barometer. In the following diagram, the measured pressure is shown besides the estimated airspeed.

A pressure drop is clearly visible while approaching and exiting the transonic region. Nevertheless, the apogee-detection of our boardcomputer was capable of determining the apogee perfectly and the rocket was recovered smoothly: A reefed parachute was deployed by a blackpowder charge at apogee, while the main parachute was released by the ChuteRelease at a save height. The reduced descent velocity on the main parachute can be seen in the following diagram.