Countdown started! Also this year the TU Wien Space Team took part in the annual launch campaign at the airfield Roitzschjora, organized by the Arbeitsgemeinschaft Modellraketen Deutschland. Countless teams from all over Europe launched their rockets for three days with many impressive starts!

Our team of eight people brought the reliable STR-06 and the two staged The Hound. The goal was to test the updated electronics of the rocket in order to ensure that absolutely everything is working the way it should. The Hound is supposed to be as close to the final configurations as possible that are required for the record attempt.

The launch of STR-06 was nominal and the rocket reached an altitude of around 550 m. After the analysis of STR-06’s flight data the preparations for The Hound began in order to be able to launch the rocket the next day. 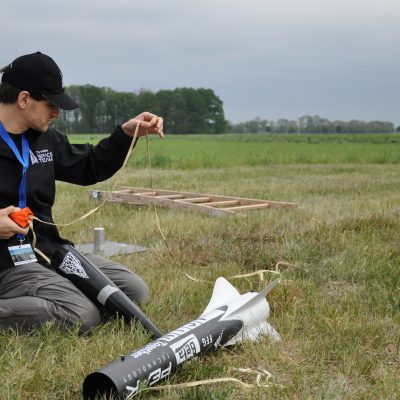 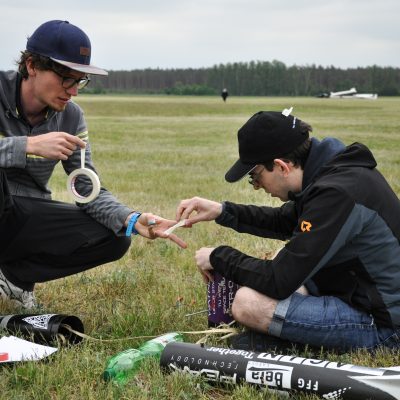 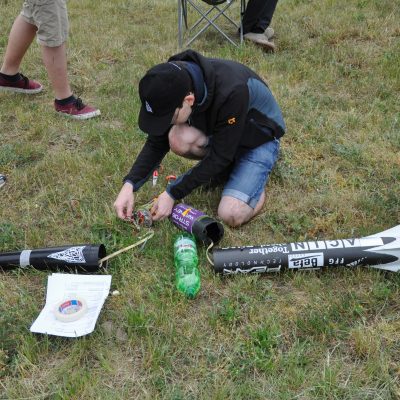 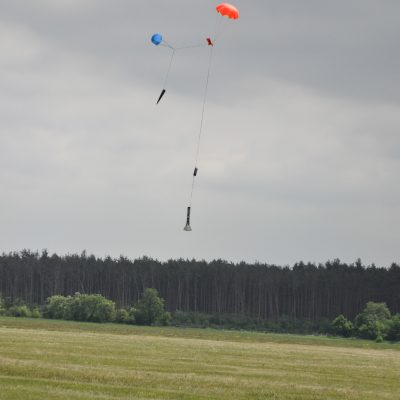 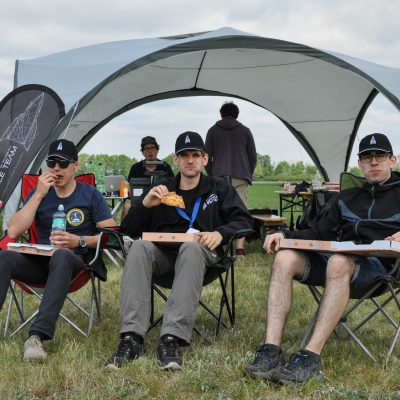 On Saturday, the launch day for The Hound, a TV crew joined us for a report about ‘New Space Age’ for the Series ‘PM Wissen’. The report will air in July 2018. For the Space Team it was an incredible experience in order to widen the reach of the team and the projects. 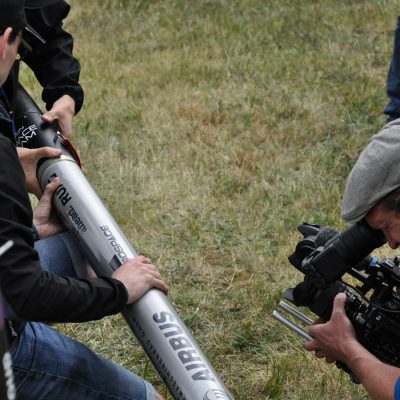 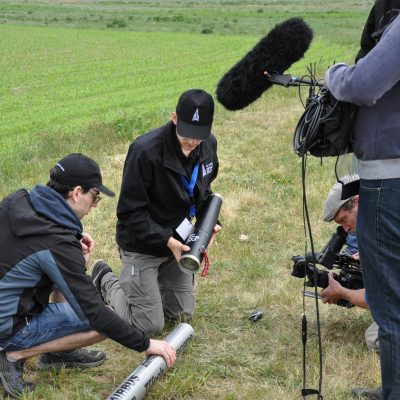 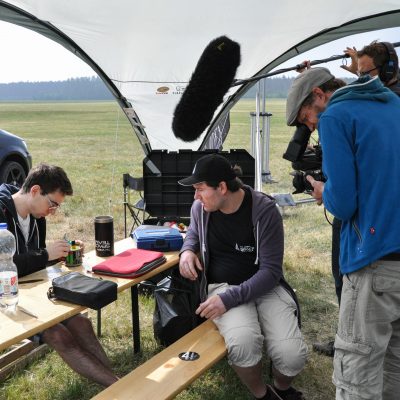 The last preparations for The Hound flew by very fast and nothing could deter the launch. The booster separated from the upper stage at around 400 m and the upper stage reached an altitude of around 1280 m. Thus far everything appeared nominal! 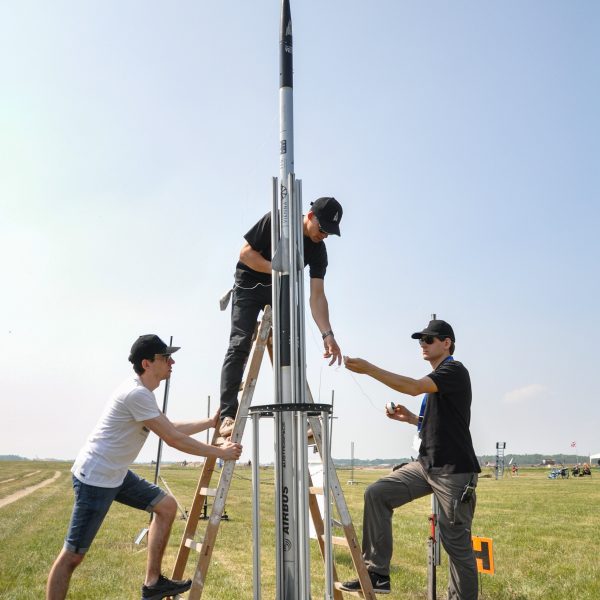 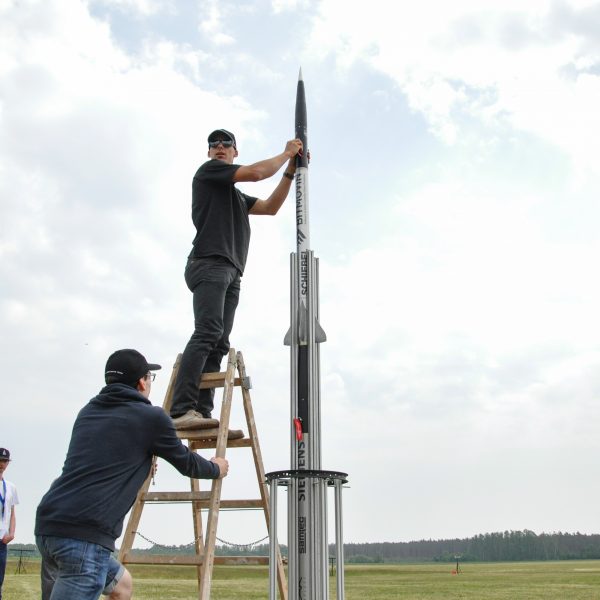 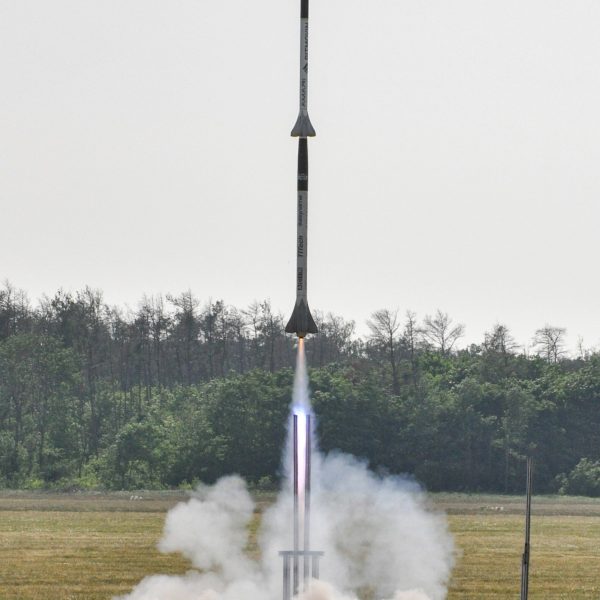 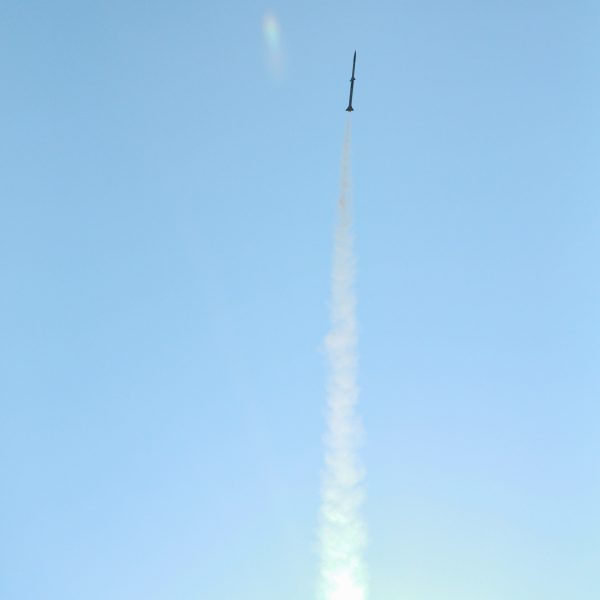 The unfavourable wind blew the booster stage towards lake Baggersee, where shortly after it sank. Now there was no time to loose! Two brave Space Team members ran to the bank and were able to rescue the booster stage just in time. The electronics were surprisingly unharmed and the flight data was recoverable. 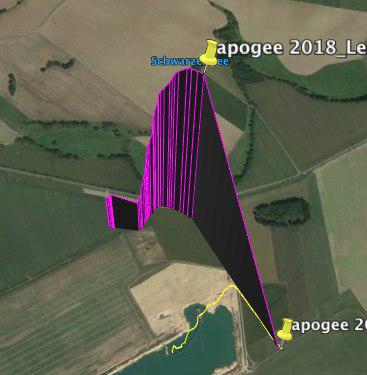 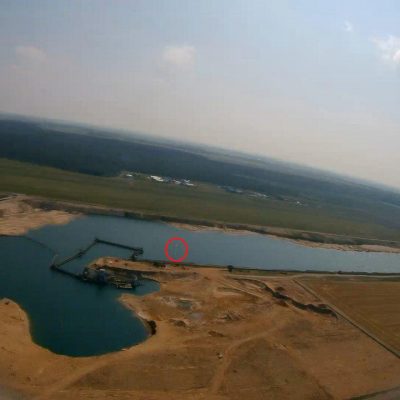 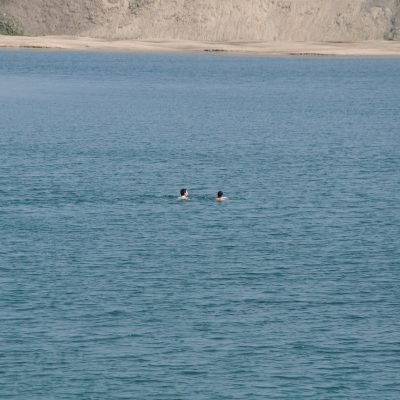 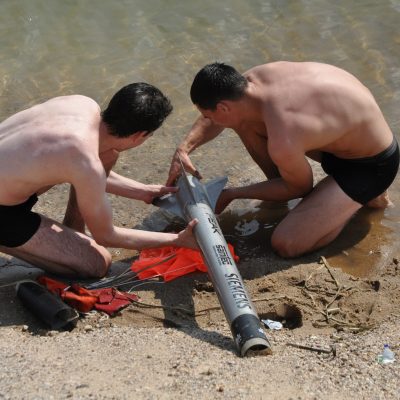 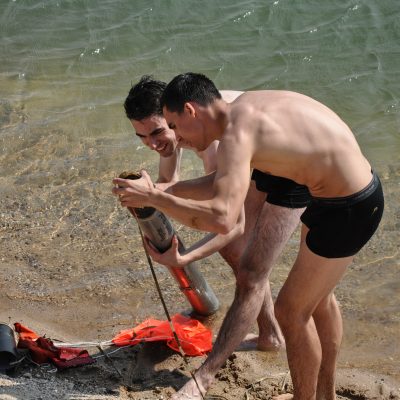 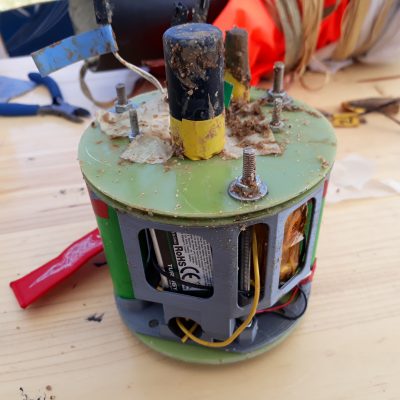 The test launches were an important preparation for the ‘Balls’ event taking place in September in Nevada where The Hound will be launched. Any problems that were discovered during the tests were already resolved.
One thing is clear: The problem of a water landing will not have to be considered for the launch in the Nevada desert!