After arriving at Vienna International Airport, our plane took off to London Heathrow with a slight delay at 08:15 Vienna time. After a quiet flight and smooth transit at London Heathrow Airport, we used the remaining 7 hours before our flight to Toronto Pearson for creating PR content and gathering some sleep in order to reduce the expected aftermath of the jetlag. We boarded British Airways Flight 0099 at 16:45 Greenwich time. After a traffic- induced delay of about one hour, our Boeing 787 Dreamliner was finally on its way to Toronto Pearson Airport. We had a quiet and comfortable 7 hours of flight, probably witnessing the longest sunset of our lives, lasting from takeoff in London to Touchdown in Toronto.

At Toronto Union Station, we met with our host and TXV Chief Executive Officer, Mohamed Kahlil. After a total travel time of more, than 20 Hours, we finally arrived at our quarters, getting some sleep and rest for the tasks and trainings of the upcoming days. 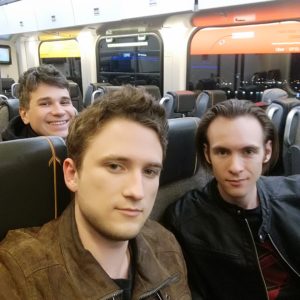 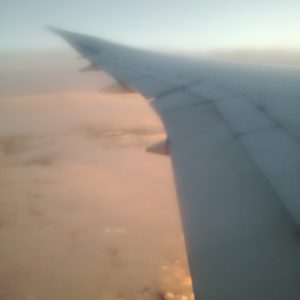 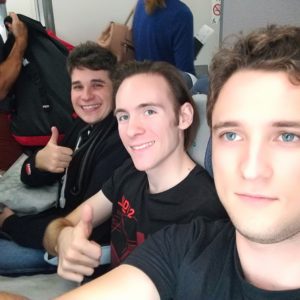 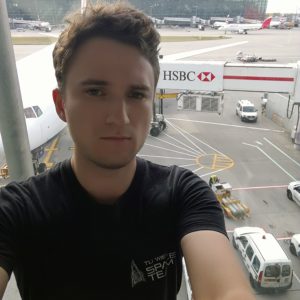 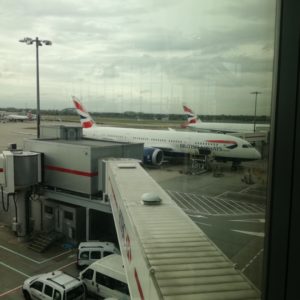 After getting up early we went straight to the Campus of University of Toronto to continue our work on the safety manifest. It will be implemented into both our team’s work, so that further cooperation in testing is standardized and allows for much more safe and efficient workflows with international teams. Creating a “safety mindset” helps to get team members more involved and focused on our design principles, namely simplicity and reliability.

Together with Mohammed Khalil we also prepared a workshop teaching the powerful software Open Rocket (including our in-house developed software packages) to the new members of UTAT. The whole workshop is designed to be recorded and will be added to the basic coaching libraries of UTAT and TUST. In general, we are planning to concentrate a lot more on member development in the future, since both of our teams have experienced loss of know-how in the past, which could have been prevented with better knowledge management.

In the evening we took the chance to strengthen the bonds with our partners from UTAT as we all went to the cinema to see the premier of “The first man” which covers Neil Armstrong preparing for the Apollo 11 mission. 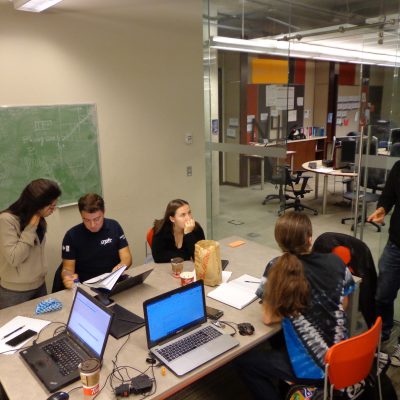 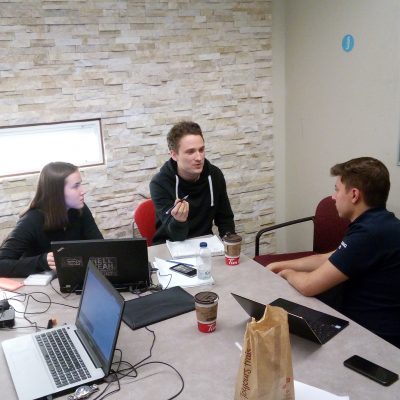 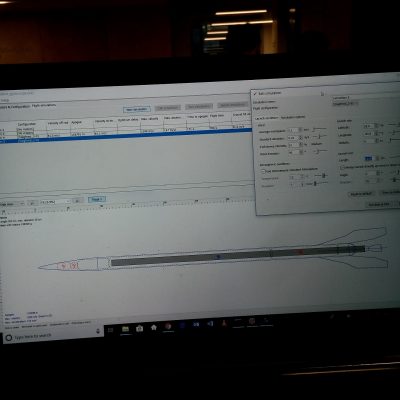 As always, we got up early to take part in the first day of the Base11 Safety Training at University of Toronto. Adam Trumpour, a concept designer at Pratt & Whitney Canada, was the expert lecturer at the University of Toronto location. Together with other well known experts, who hosted parallel events at Purdue and California State University, he gave us many insights that will help further develop a professional and rigorous safety mindset. This workshop was exceptionally informative and very specific for rocket development, the provided information actually lifted our safety mindset to a completely new level. The knowledge and experiences will be thoroughly integrated into our procedures, designs and mindsets.

We want to thank Adam and the whole Base11 Team for all their effort putting up such an amazing event! After ten hours of safety talks and lectures we gathered with our friends from Toronto and Montreal, who attended the meeting as well, and went to diner, where we actually talked about different topics than rockets, sometimes. 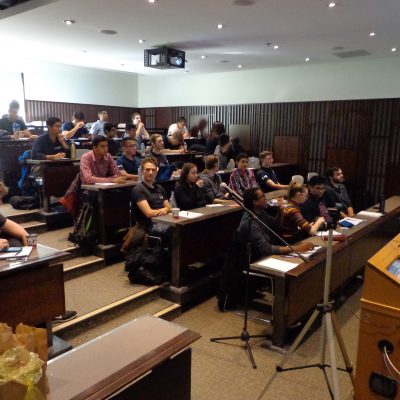 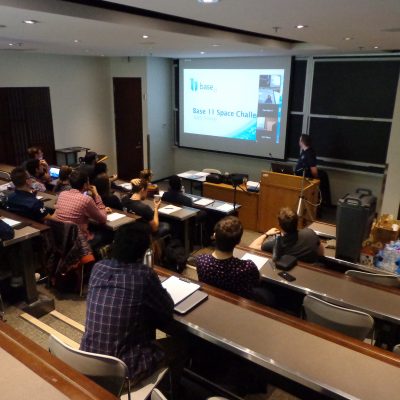 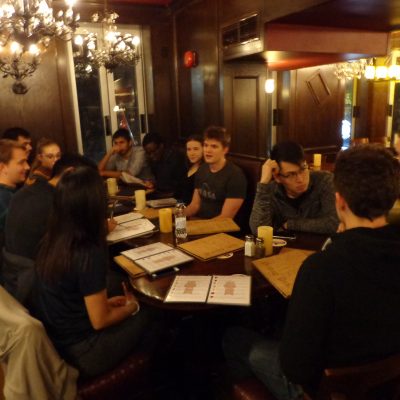 Of course getting up early, we headed back to University of Toronto for the second day of the safety training. This time it was a lot more interactive and we could put our newly acquired knowledge into action, while thinking about situations which might come up during the design phase, testing or launch. We would like to emphasise again that this weekend helped us a lot to build rockets professionally and mitigate all the hazards involved.

In the afternoon our amazing host Adam Trumpour had a nice surprise up his sleeve, as he invited everybody to his home and garage to see his own rocket workshop – that was great! He showed a lot of artifacts from the space race, as well as home build engines and his own test stand. Again, his technical insights blew our minds in many ways and we were humbled and overwhelmed. Afterwards, Alexander Sebo and Mohammed Khalil put all the new members to work and familiarised them with the software tool Open Rocket by means of a workshop. It was a complete success since not only did they manage to integrate these promising young people into the project, they also created coaching material as they videotaped the whole session. This will help us a lot to integrate the generations to come!

Starting into a fresh week we got back to our second home, University of Toronto, to continue our work on the safety document, already incorporating the new experiences we had during the weekend. It turned out that there were some topics we had not though of before. However, as we are continuously progressing to build bigger, more energenic and therefore more dangerous rockets we need to step up our safety management. The seasoned experts at the Base11 workshop left a very strong impression on us and provided so much useful information that integrating it into our existing structure will be quite a challenge.

After a quick schawarma break downtown (Toronto’s schawarmas are exceptional), the whole team met in their working groups of four to work on rocket designs and practice with the software open rocket.

Getting up not as early as usual, we were refreshed on day 6 and – you probably guessed it – went right to work. We were incredibly productive today. Not only did we come up with a new and better fin design, we also did a lot of discussion about the injector design and simulation with the resident propulsion lead. In the afternoon the group split in half: some people continued their work, while others headed downtown und took the chance to do some sightseeing. The CN Tower, which used to be the highest building of the world not too long ago, was very impressive, and so were the stadiums and the promenade.

After the Team had reunited, some more work was done on the usual topics. However, the results are kept secret for the moment, since we are getting closer to something which we consider our final design. 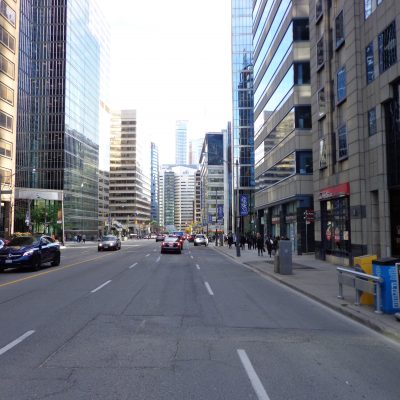 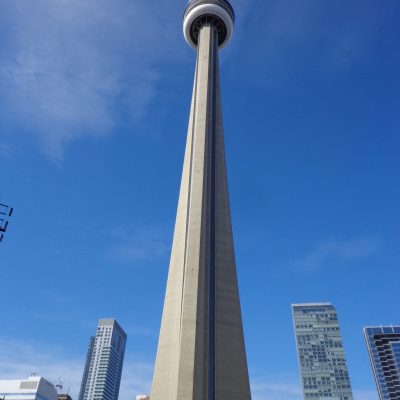 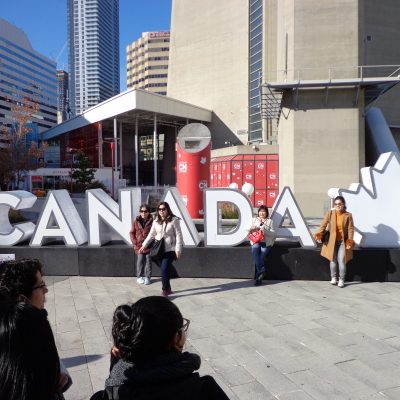 The last day left us with bittersweet feelings, we can look back to a very productive and entertaining week. We made many new friends, but we are sad that time went by so quickly. We used the remaining hours to explore kensington market, which is an artsy and hip area near campus. Then it was time for one last group foto with the CN tower in the background and to say goodbye to everybody.

The flight back was alright and by the time you are reading this we are probably still recovering from the jet lag. Thank you for being with us on our journey and stay tuned for further updates on our bi-propellant mission to space! 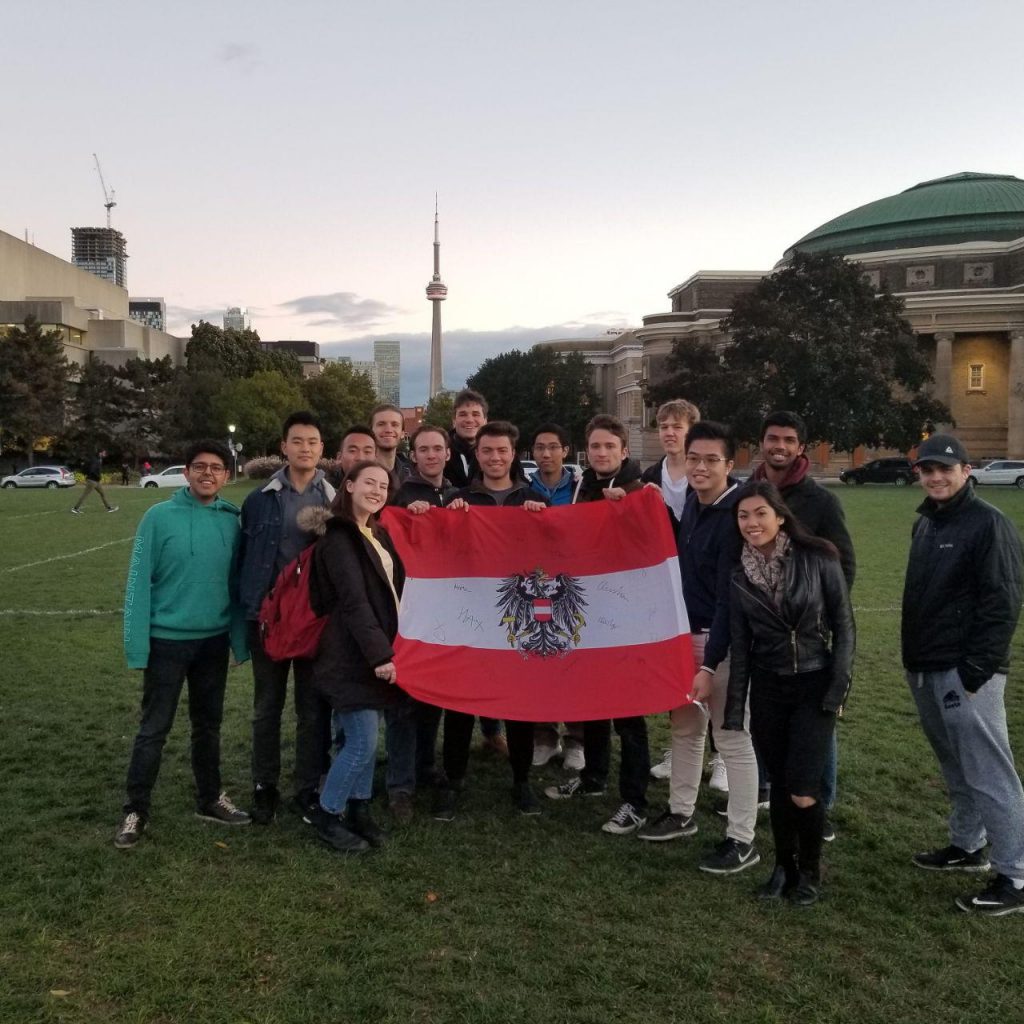