In order to pick a choice, the points below had to be considered:

With the criteria below a successful ignition of a commercial motor should be possible. The values are empirical.

Amongst a huge amount of possibilities, our team decided in favor of boron potassium nitrate. The constituents amorphous boron and potassium nitrate are available for us in Austria, as well as in the US (1a). Since we require professional support for legal usage in Austria, the tests were executed at a location specifically for testing purposes of the company Austin Powder and under the supervision of members of their staff.
BKNO3 fulfills the first criterium for a successful ignition, both remaining criteria are being tested as well.

Setup used for the tests

For receiving meaningful results of the tests, the conditions under which the tests were performed were set up as realistically as possible. The geometric conditions are as follows. The volume of the motor is about the same as the setup pictured in image 1, the diameter of the nozzle of motor and test stand are identical.

The second condition is the ambient pressure. The planned height at which “The Hound” ignites the second stage is at about 10 km. At that height, there is an ambient pressure of about 0.25 bars. To simulate these conditions it is required to lower the ambient pressure of the test setup in a vacuum chamber. The used chamber has a significantly bigger volume than the setup itself in order for the pressure inside to only increase slightly while the motor is burning (image 2).

The pressure sensor is located with some distance to the BKNO3. The screws are sealed with teflon so the flue gases are only able to escape through the end of the pipe. The pressure sensor measures the pressure evolution over time in the test setup during burning time.

Execution of the test

For the first test 2g BKNO3 were used. The pressure was lowered to about 0.1 bar absolut pressure at all tests. That is less than the required maximum of 0.25 bar. Unfortunately the data record stopped before the ignition. However, the test showed that an ignition under the given circumstances is possible without any problems. After the test no burnt remainings of the BKNO3 could be found in the vacuum chamber.

After a restart of the program we increased the amount of BKNO3 to 4g, 6g and 8g.

After 8g the tests were stopped because the closure of the vacuum chamber opened. The gas that are released by the BKNO3 wouldn´t suffice to create an overpressure in the vacuum pressure.

Shortly after the ignition the pressure rises immediately but breaks right afterwards. The second increase reaches a clearly lower maximum. However, the flue gases require some time until they have left the test setup through the nozzle. 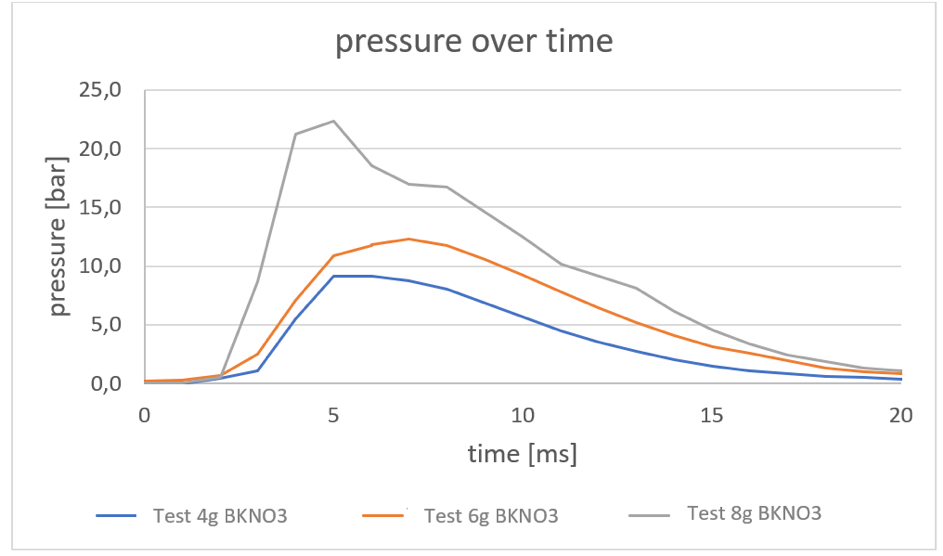 At the last try with 8g is the measured pressure at the end higher than expected because the lid was pushed open and the sensor measures the ambient pressure.

All recorded curves show the same characteristics. Right after the ignition a sudden rise in pressure occurs and lasts around 15 ms. It is especially notable that that time stays about the same, the pressure however peaks at higher values when more BKNO3 is used (image 4). That is likely caused by a compression wave that hurries ahead. The pressure breaks down, almost to the original value, before it rises again a few milliseconds later.

The tests have shown that BKNO3 can be ignited without any problems at low pressure and in order to satisfy all criteria from chapter 2 around 6-8g BKNO3 are needed (2f).

After the logical aspects, the remaining criteria are being talked about now. The tests have shown, that a low pressure doesn’t influence the burning significantly (2a), so nozzle plug isn’t needed (2b). The pyrogen can be fixed inside the motor using a basket which doesn’t have any negative impact on the O-rings (2d, 2e, 2g). 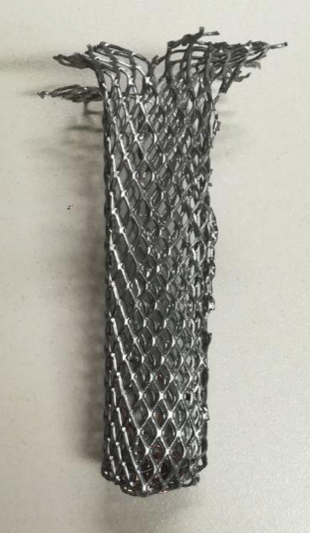 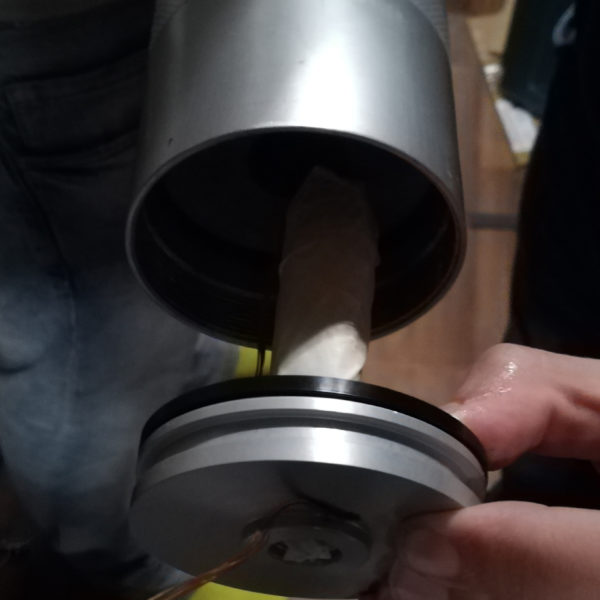 From the safety aspect BKNO3 is to handle the same way as black powder. BKNO3 is neither acidly nor irritating, however, easily inflammable (3a, 3b).

At this point we would like to thank Dr. Kappl (http://www.energeticmaterials.at/) and the company Austin Powder for their friendly support.