The Pegasus satellite has been in orbit around the earth for several years now. Its current position and measurement data can be viewed live here!

The TU Wien Space Team developed, in collaboration with FH Wiener Neustadt and the Space Tech Group (STG), a CubeSat for the project QB50. The goal of this project was to internationally develop 50 micro satellites of dimensions 10 cm x 10 cm x 20 cm which were sent to space 2017.

The Space Teams main task was to develop the Power Supply Unit (PSU) and the integration of the Boardcomputer (OBC). The PSU is taking care of the power supply from solar cell to electric load while the OBC is handling the data from the sensors and RF module while taking care of the software for attitude c

ontrol and microthrusters. The Space Team also developed the energy management system, which is in charge of shutting down defect components in order to maintain the efficiency of the rest of the satellite. Modules for the connection of the scientific unit and the GPS modules were implemented. The TU Wien Space Team also developed the software and hardware of the bottom plate which has a camera module which can take pictures from space.

The TU Wien Space Team has designed and developed vital components for PEGASUS, which was brought into orbit by an Indian rocket in June 2017.

First signals were received on the first passes over the ground station! All modules from TU Wien Space Team are working nominal from then on! See http://spacedatacenter.at/pegasus/ for actual data.

Most of the hardware was developed by the TU Wien Space Team:

the OnBoard Computer (OBC)

the battery holder and temperature control

bottom panel the camera system and Service-Interface of PEGASUS

the Adaptermodule for GPS and scientific module 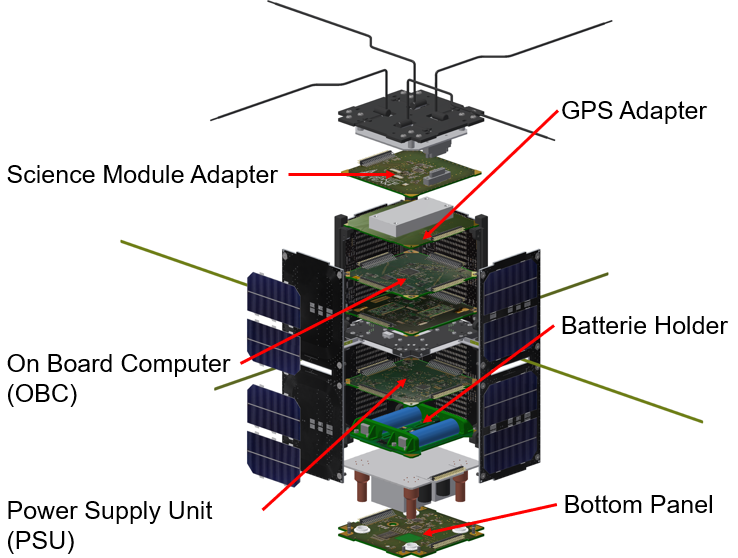 Modules, which were developed by the TU Wien Space Team. 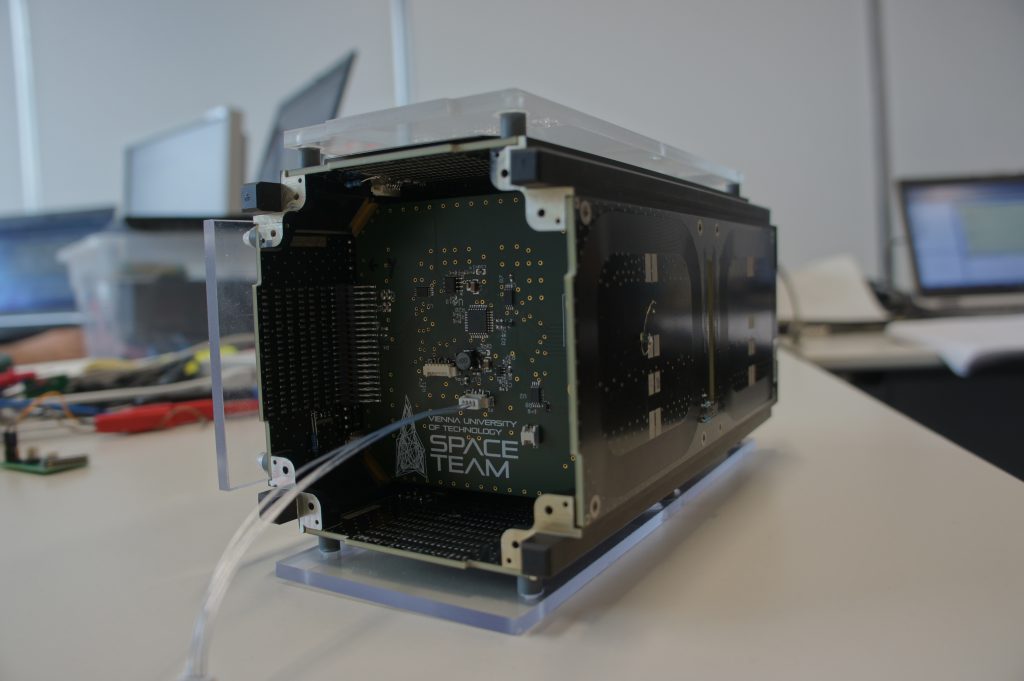 The satellite during electronic tests is shown. 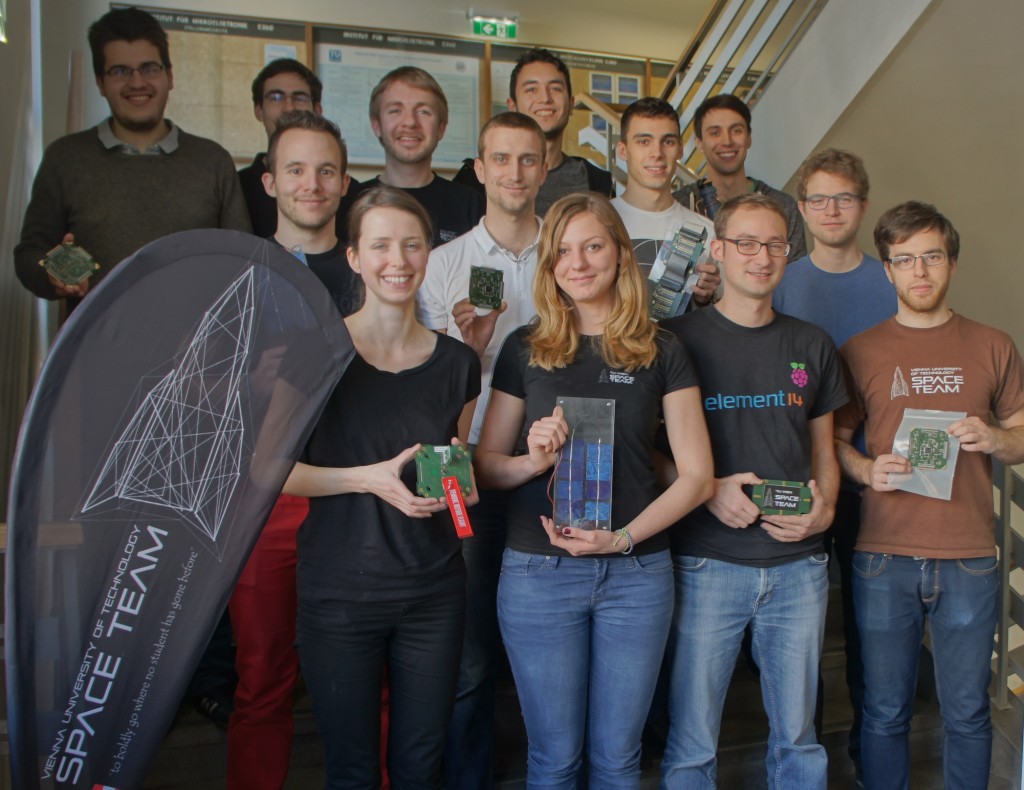 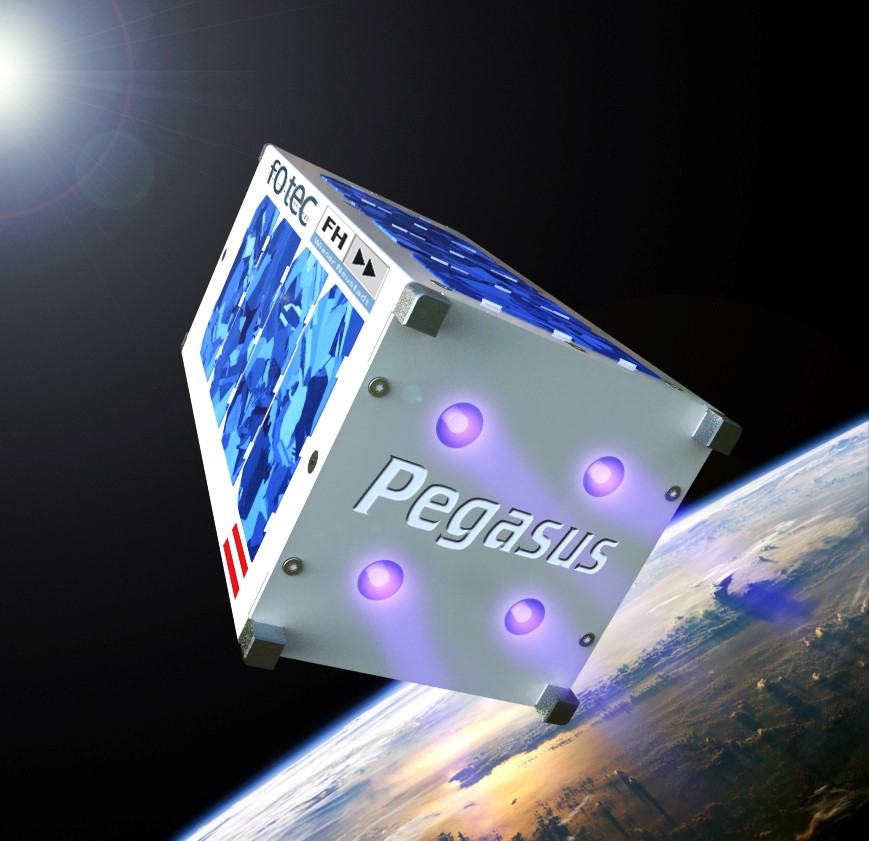 Link Cubesat in the media http://spaceteam.at/cubesat/cubesat-medienspiegel/